Searching for a Lowchen?

The Lowchen is a charismatic little lion dog that boasts of a glossy coat often trimmed to resemble that of a lion, hence getting the nickname "little lion dog." It is one of the largest toy breeds, weighing 13 to 15 pounds and standing 28 to 35 centimetres at the withers. It is a sturdy dog but with an adorable and charming nature to match, making it a delightful companion and family pet. This is why it is one of the favourite pet dogs, although this breed’s numbers remain low.

Are you looking for a charming "little lion dog?" Read more about the Lowchen and its unique characteristics.

The Lowchen originated in Europe (Belgium, Germany or Netherlands), although its history is obscure. Reports suggest that the Lowchen was brought in by travellers from the Eastern Islands of Tibet and was crossed with the Spitz and Terrier dogs.

However, other claims suggest that the Lowchen descended from Bichon-type dogs (Bichon Frise). This "little lion dog" has been seen in many 16th-century art pieces, where it is portrayed as a companion dog to the elite. The first breeding program started in 1944 by Madame Bennerts and later by veterinarian Dr. Rickert.

In 1968, Lowchens were introduced to Britain where it was recognised by The Kennel Club in the UK in 1971. At this time, the Lowchen was accorded the nickname lion dog".

The Lowchen sports a long mane and a tasselled tail that give it the lion look. To maintain its coat's lion-like appearance, the Lowchen must always get a haircut called a lion's trim. Other than its distinct coat, this dog breed is described to have a short but moderately broad head, which is carried high most times. Its muzzle is short and wide, eyes are round and dark in colour, and ears pendant and well fringed. The Lowchen is longer than it is tall with a level top line. Its tail is slightly longer and often clipped leaving a tuft of hair at a tip that resembles a tassel.

Lowchens have a dense coat that is long and slightly wavy and soft to touch. Oddly enough, they are one of those breeds where all colours are acceptable under the breed standard. When thinking of this dog's long wavy coat and mane, one may assume it is tough to groom, which is correct. In fact, most owners hire professional groomers to keep its lion-like appearance. On the other hand, the Lowchen sheds minimally that neat freaks can rejoice. To prevent matting, tangles or knots, daily brushing is required. In addition, bathing and trimming must be done every four to six weeks.

Coat care is essential especially if you strictly follow the breed standards. However, other aspects of grooming are equally important. As with all dogs, basic care such as regular brushing of teeth, cleaning of ears and trimming of nails are crucial to minimise the chances of infections, skin diseases and other illnesses.

A pleasant and amiable dog, the Lowchen is always a delightful companion. It's almost always in a great mood that uplifts the spirits of people around it. Although small, weighing 13 to 15 pounds and standing 28 to 35 centimetres, the Lowchen is an energetic and active dog breed. It loves nothing more than to spend hours playing with its family outside. As such, the breed is attached to its family, so much that it suffers from separation anxiety when left alone. It is often exhibited through negative behaviours such as excessive and continual barking and scratching.

The Lowchen's playful and sociable nature makes it a great companion dog. It is a decent watchdog since it tends to bark to let you know if strangers are about, but it is not aggressive enough to be a guard dog. Lowchens are intelligent little dogs and are people-pleasers, which make them very amenable to training. In fact, they are known to excel in canine sports such as obedience and agility. Like all dogs, the Lowchen does not respond to harsh correction. Instead, it performs well with positive reinforcements. Diverse and short training sessions will help keep their interest to learn and boredom at bay.

Lowchens are affectionate and sweet dogs that befriend everyone, even children. However, any interaction, especially during playtime, should always be well supervised by adults to make sure accidents are avoided. With a sociable and kind nature, naturally, the Lowchen gets on well with other household pets such as other dogs, even cats. However, there is still a small chance that it will chase other cats they meet in the neighbourhood.

A typical serving for an adult Lowchen is 1/2 to 1 cup of quality dry dog food per day, split into two to three meals. When it comes to a suitable diet for your dog, it is best to consult a veterinarian or a canine nutritionist. They are professionals and know exactly what to consider before they recommend any dog food or a home-cooked meal. For example, factors to look at include the dog's age, size, gender, health, activity level, build, and metabolism.

Since the Lowchen is a toy dog, buy commercial dog food formulated for small dogs. Choose a diet where animal protein is a top ingredient to support muscle and bone growth.

A strong and active toy dog, the Lowchen is healthy if well cared for and fed properly. In fact, it can live up to 14 years. However, the Lowchen can also suffer from potential genetic health problems that include Cataracts, Progressive Retinal Atrophy and Patellar Luxation.

Lowchens are active dogs that love nothing more than to play with their family. Make sure to provide at least 40 to 60 minutes of daily exercises. Lack of work or activity may result in negative behaviours that may not be easily corrected when growing up. Since Lowchens are small dogs, they don't require much space to move around and will do well in small apartments.

Lowchen dogs are rare in the UK as only a few puppies are bred each year. You would need to go on a waiting list to get one. The price for a well-bred Lowchen pedigree puppy is at least £500. To ensure it stays healthy at whatever age, you will need to feed your dog high quality dog food and treats, which can set you back £20-£30 a month. You would also need to spend on dog accessories such as leads, collars, bowls, crates, beds, and toys. The combined initial cost for these things is estimated at £200.

Moreover, you need to consider paying for pet insurance to offset veterinary bills in case your dog suddenly falls ill or gets into an accident. Depending on where you live and your dog’s health and age, a time-limited cover can cost £23 a month while a lifetime one can cost up to £53 a month. Generally, insurance companies do not cover routine veterinary consultations, initial vaccinations, boosters, and neutering or spaying, so you may also have to spend an additional £1000 annually for these services.

On average, the minimum cost to care for a Lowchen is £50-£90 per month depending on your pet insurance premium. This estimate does not include the rates for other services such as walking and grooming. 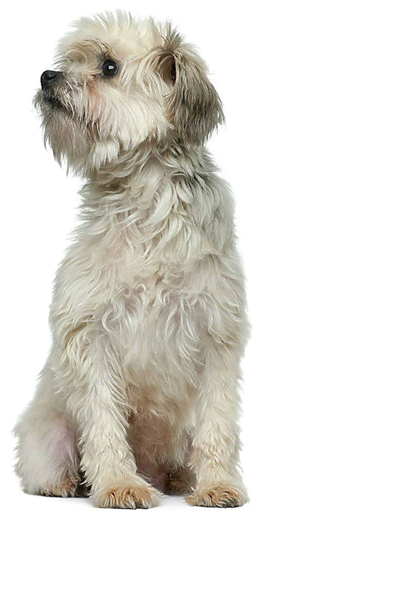 Are you sure the Lowchen is the best breed for you? Take the Pet Breed Selector Quiz to find your perfect breed match.

Do you think the Lowchen is too clingy and excitable for your taste? Find other dog breeds based on your lifestyle and personality through our Pet Finder.

Disclaimer:
The information, including measurements, prices and other estimates, on this page is provided for general reference purposes only.
Lhasa Apso
Lurcher
Contents
Not the breed you're looking for? Click Here
Latest Stories

Are slugs poisonous to dogs? The answer to this question is not cut-and-dried. Many types of slugs do not create dangerous toxins in their body, but … END_OF_DOCUMENT_TOKEN_TO_BE_REPLACED