Thinking of buying or adopting a Maremma Sheepdog?

The Maremma sheepdog is a rare breed in the United Kingdom. He is a large dog with remarkable skills in herding livestock. He has been driving and guarding sheep and goats for over thousands of years. Shepherds greatly valued the dog for his bravery and dedication to his work. As a companion, he is very affectionate and decidedly devoted to his family. The breed is officially recognised by the Kennel Club.

The Maremma sheepdog is an ancient breed native to the mountainous region of Tuscany, Italy. The dog has long existed since the historical time of the Romans. Because of this, his true origins are difficult to trace and thus remain unknown.

Around 100 B.C., huge white sheepdogs were first mentioned by a Roman scholar named Marcus Terentius Varro. Later on, he continued to highlight these canines in works of literature, paintings, and sculptures. These depictions that can be traced back to as early as the fourteenth century closely match the features of the modern Maremma sheepdog.

It is believed that the breed’s ancestry is connected to the Pyrenean mountain dog due to their likeness in features and working roles. Other breeds such as the Kuvasz and Komondor of Hungary, the Cuvac of Slovakia, and the Karabash and Akbash sheepdogs of Turkey are also progenitors of the Maremma sheepdog.

The Maremma sheepdogs commonly work in packs composed of about three to four canines. During their puppyhood, they are set free to cohabitate with the sheep. Through this, they can perceive themselves as the flock’s protector. The Maremma sheepdogs are brave and can stand their ground when facing a potential threat. There are historic illustrations of them wearing roccales. It is a dog collar adorned with spikes to protect their neck from any fatal wounds by big predators.

In 1898, it was the first time that the Maremma sheepdog was registered. However, the breed was named Maremmano. According to other accounts, there were two separate breeds namely the Abruzzese and the Maremmano. Each of these dogs came from different regions. The Abruzzese hailed from the mountains, whilst the Maremmano came from the plains. The only distinguishing trait between the two is their physique. The former sports a longer body and the latter possesses a somewhat shorter coat.

In 1924, the first standard for the breed was published. Then, around the late 1950s, the Maremmano and the Abruzzese were officially considered as one breed. Today, there are only a few Maremma sheepdogs registered with the Kennel Club. However, they are quite a popular guard dog breed in the United States, Canada, and Australia as they proved to be excellent protectors of different animals.

A massive dog with a powerful physique, the Maremma sheepdog is a magnificent-looking canine. He has a large bear-like head attached to a firm, thick neck. His somewhat small, V-shaped ears are slightly folded and set high and forward on his head. He has a square-shaped muzzle and a black nose, which often turn slightly pinkish brown as he becomes a senior dog. His oval-shaped eyes may come in colours of brown or ochre. He has a keen look, which connotes the dog's alertness and intelligence.

The Maremma sheepdog’s jaw is thick and strong with a set of very strong teeth. He is deep-chested and his back is straight and strong. It may push up a little bit from the withers to rump. His bushy tail is hung low. When at rest, it dangles heavily around the hocks. He has firm, muscled legs with big, rounded paws. His gait is a lumbering yet unrestricted walk or trot.

The Maremma sheepdog possesses a unique double coat that is long, coarse, and wavy. The fur around his neck and hindquarters are usually very thick. His undercoat is thick that tends to be more inconspicuous during wintertime. The Maremma sheepdog's coat colours come in solid white. However, a bit of yellowing can be considered as stated on the breed standard.

Since the breed has a long and thick double coat, grooming will require extra work. Moreover, the breed is an active shedder that moults heavily during certain seasons. Be sure to brush and de-shed his coat at least three to four times a week. This will effectively get rid of dirt and mats on his fur. Bathe him only when he gets really dirty and smelly as overwashing can dry his skin and coat. Occasionally trimming his hair is also advised to keep him at a more comfortable temperature.

Monitor his nail growth and trim them before they grow too long to avoid cracking or splitting. Prevent the risk of ear infections by regularly checking and cleaning his ears. If possible, brush his teeth daily to avoid periodontal diseases.

A large dog with a big love for his family, the Maremma sheepdog is immensely fond of his human companions. Although he is not a clingy dog, he relishes receiving their love and attention. He fits well with families that have children or other pets provided that he receives early socialisation. It is needed to curb his high prey drive and herding and nipping instinct.

Because the Maremma sheepdog is very devoted to his family, he is protective of them. When facing strangers, he tends to be aloof and indifferent. His alertness and protective nature make him a great watchdog. Moreover, the breed is known to be excellent at guarding without being a frequent barker. Socialisation and training are important to ensure that he has a clear distinction between what is considered a threat and what is not.

The Maremma sheepdog is a very smart dog, but his independent nature can make him very stubborn as well. This makes him quite challenging to train. Thus, he is not recommended for first-time owners. During training, you need to be the pack leader. Be firm, assertive, and consistent. It is important to be patient and gentle as well. Use positive reinforcement to spark more motivation in him. Avoid shouting or any other forms of punishment as it will only make him resent you.

A Maremma sheepdog puppy between the ages of three and six months needs two to three cups of food divided into three small meals per day. Once he reaches six months to one year, feed him at least two cups of food split into two meals daily.

The Maremma sheepdog has high levels of energy and stamina. He needs plenty of exercise and mental stimulation to be healthy. Walk him for about forty-five minutes to an hour a day. Add a few fun games and activities to expend his energy.

Note that the breed is accustomed to open and spacious places, thus he needs a big yard. He may not be suitable for apartment living. However, if he gets enough exercise in a day, he will be calm and content indoors.

The Maremma sheepdog is a healthy breed with a lifespan of eleven to thirteen years. Despite his hardy nature, he has a few genetic diseases that you should know. Below are the most common breed-related health problems of the Maremma sheepdog:

If you are interested in caring for a Maremma Sheepdog, you would need to go on a waiting list as this breed is rare in the UK. The price for a well-bred pedigree puppy is at least £500. To ensure it stays healthy at whatever age, you will need to feed your dog high quality dog food and treats, which can set you back £40-£60 a month. You would also need to spend on dog accessories such as leads, collars, eating bowls, crates, beds, and toys. The combined initial cost for these things is estimated at £200.

Moreover, you need to consider paying for pet insurance to offset veterinary bills in case your dog suddenly falls ill or gets into an accident. Depending on where you live and your dog’s health and age, a time-limited cover can cost £31 a month while a lifetime one can cost up to £85 a month. Generally, insurance companies do not cover routine veterinary consultations, initial vaccinations, boosters, and neutering or spaying, so you may also have to spend an additional £1300 annually for these services.

On average, the minimum cost to care for a Maremma Sheepdog is £80-£150 per month depending on your pet insurance premium. This estimate does not include the rates for other services such as walking and grooming. 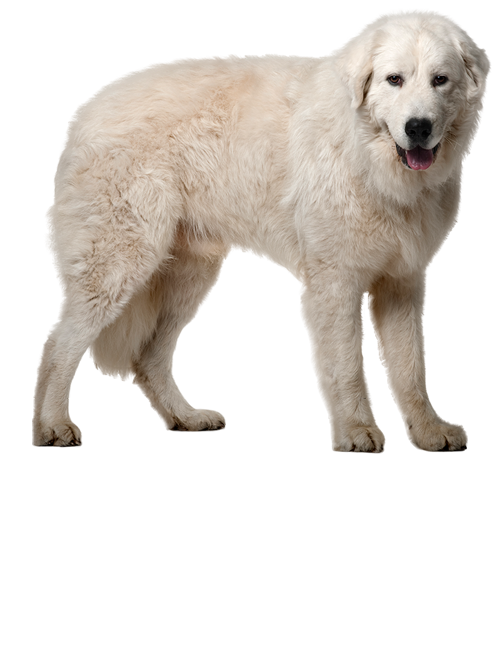 Are you sure the Maremma Sheepdog is the best breed for you? Take the Pet Breed Selector Quiz to find your perfect breed match.

Dog Breed Selector Quiz
Disclaimer:
The information, including measurements, prices and other estimates, on this page is provided for general reference purposes only.
Manchester Terrier
Mastiff
Contents
Not the breed you're looking for? Click Here
Latest Stories

Dogs are common hosts for various intestinal worms. Many dog owners are wondering, “What home remedy can I use to deworm my dog?” We have  6 natural … END_OF_DOCUMENT_TOKEN_TO_BE_REPLACED