Searching for a Miniature Schnauzer?

This small dog is registered with the Kennel Club under the Utility Group.

As canine companions, Miniature Schnauzers are incredibly trusting towards their family. But when facing strangers, they are cautious and guarded.

If properly socialised, these small dogs can become best buddies of children and other dogs. However, smaller animals should be kept away from Miniature Schnauzers.

Are you itching to take home a Miniature Schnauzer puppy? Allow us to give you a brief background of this adorable and enthusiastic dog.

The origin of the Miniature Schnauzer breed is a bit of a mystery because of varying claims that lack evidence or records.

It is believed that Miniature Schnauzers have been bred during the mid- to late 1800s in Germany. However, others say that these dogs have been around since the 14th–15th centuries.

Some experts say that this small dog breed was developed by selectively breeding the smallest puppies of the Standard Schnauzer. Others argue that the breed was crossed with smaller dogs like the Affenpinscher, the Pomeranian, and the Poodle, amongst others.

Miniature Schnauzers were originally bred to perform farm work like ratting. They are also considered excellent watchdogs without aggressive tendencies.

The first Miniature Schnauzer breed club was formed in Germany in 1895 but included different types of dogs. He was officially recognised as a distinct breed in 1899.

These small dogs were brought to the UK thereafter and were recognised by the Kennel Club in 1948. The Miniature Schnauzer breed remains one of the most popular breeds chosen as a family pet.

The Miniature Schnauzer breed is a small, sturdily built, and robust dog with identifiable bushy eyebrows, moustaches, and whiskers.

The Miniature Schnauzer dog breed displays both an athletic and stylish appearance highlighted by his well-proportioned and broad head.

This small dog has a flat forehead, well-muscled cheeks, a medium stop, as well as a powerful muzzle and a black nose with open nostrils.

Miniature Schnauzers also have dark, oval-shaped eyes and V-shaped ears that are set high. They have a strong jaw with a perfect scissor bite and tight lips.

The Miniature Schnauzer breed is covered in a harsh, wiry, short outer coat and a dense, soft undercoat. The hair on his skull, neck, shoulders, and ears looks clean, whilst it is harsh on his legs. The furnishings are thick but do not feel silky to the touch.

Note that the White Miniature Schnauzer is not accepted for conformation under the American Kennel Club. However, he can be shown in performance events.

The medium-length coat of this small dog requires professional grooming for hand-stripping and clipping several times a year to make grooming at home more manageable.

The wiry and harsh double coats of Miniature Schnauzers need to be brushed at least twice a week to remove tangles. The hair on their face also needs to be cleaned every after feeding.

His nails can be trimmed by a professional groomer during your occasional visits. However, when you hear clicking sounds on the floor, they need to be cut at home as overgrowth can be uncomfortable or can lead to cracking.

Lastly, brush the Miniature Schnauzer’s teeth twice a week to avoid dental problems that small dogs are prone to.

The Miniature Schnauzer breed is calm and tolerant with kids of all ages. But adults should always keep an eye on their interactions, and teach children to treat pets with love and respect.

The Mini Schnauzer can get along with any type of pet especially when raised with them. However, care must be taken regarding other people’s pets. It is advisable to avoid introducing new small animals to Miniature Schnauzers altogether.

This small dog breed is easy to train given that he is enthusiastic, intelligent, and eager to please.

Basic rules need to be set, and the alpha role needs to be taken by the owner so the Miniature Schnauzer knows whom to turn to for guidance. This will also help curb his stubborn streak.

Miniature Schnauzers tend to be wary of people they do not know. They would prefer to keep their distance and usually do not show any sort of aggression.

The Miniature Schnauzers may be small, but they are good watchdogs. They are quick to alert their owners when there are strangers on the property.

Yes, Miniature Schnauzers make good pets. They are alert, lively, and affectionate. Being adaptable dogs, they thrive in a home environment. But because of their energy, they can also do well with people that have active, outdoor lives.

Miniature Schnauzers are recommended for first-time owners as long as they immediately start training upon the dog’s arrival.

Do Miniature Schnauzers bark a lot?

Do note that some Mini Schnauzers are yappier than others. Through proper training, their barking can be minimised.

Can Miniature Schnauzers be left alone?

Yes, Miniature Schnauzers can be left alone for a few hours. But it should not be too long as most dogs don’t do well when they are left at home for extended periods.

Separation anxiety and other behaviour problems are often the results of leaving dogs on their own for a long time.

If you are going away for a few days, hire a pet sitter to look after your Miniature Schnauzer so that he won’t get lonely.

Adult Miniature Schnauzers should have at least 1/2–1 cup of excellent-quality dry dog food per day. Factors such as age, size, activity level, build, and metabolism affect the amount of food and frequency of feeding.

Owners need to understand the basic nutritional needs of the Miniature Schnauzer dog breed, but they also have to consider the unique characteristics of their own dog.

The Miniature Schnauzer breed’s diet should be composed of limited ingredients that are high in animal protein from beef, lamb, chicken, or bison. Stay away from cheap generic brands found at supermarkets as they usually contain artificial colours and preservatives.

To maintain the Miniature Schnauzer’s beautiful coat, also include Omega-3 and -6 fatty acids in his diet.

The Miniature Schnauzer dog breed is generally a healthy dog with an average lifespan of 12–15 years. Unfortunately, this small dog is known to suffer from several hereditary and congenital health conditions.

Whilst not all Miniature Schnauzers will acquire any or all of these health problems, it is important to be aware of them.

This is a bleeding disorder caused by the lack of a specific protein. Miniature Schnauzers with this health issue may bleed from the nose, reproductive organ, or urinary bladder. Blood transfusion is the best option to manage this condition.

It is a hereditary type of skin problem prevalent in the Miniature Schnauzer breed. This condition is characterised by small black scabs. Oral antibiotics, antiseborrheic shampoos, and antiseptic wipes are some of the frequent treatments used for this disease.

It is also known as the formation of urinary stones, which causes lower urinary tract issues in the Miniature Schnauzer breed. Treatment of urolithiasis will depend on the type of bladder stone the dog has.

Usually, medications combined with dietary changes are necessary to get rid of the bladder stones.

The Miniature Schnauzer breed has high energy levels that require a minimum of 40 minutes of exercise per day. He will be happy to accompany his owners in outdoor activities such as walking or hiking. He would also enjoy playing games with them in a fenced yard.

If this high-energy breed’s daily exercise needs are not met, he may exhibit destructive behaviours.

Small dog breeds such as the Miniature Schnauzer don't require large amounts of food. Too much food would lead them to become obese. Thus, food expenses for a Miniature Schnauzer puppy are relatively low. It will only cost you about £20–£30 per month.

Welcoming a new pooch into your home means shopping for his daily necessities including dog toys, crate, and bed. You may need to spend around £100–£400 for him.

Veterinary care is important but costly. Each check-up session of your Miniature Schnauzer at the vet costs around £30–£60. If you opt to spay or neuter him, be prepared to shell out approximately £110 to £390.

Cut down the veterinary costs of your Miniature Schnauzer with the help of pet insurance. Time-limited insurance will require you to pay around £19 a month, whilst lifetime insurance has a monthly fee of £27.

This is subject to change depending on your Miniature Schnauzer’s age and health. The healthier and younger he is, the lower the pet insurance fees will be. Your location is also a big factor. If you live in Greater London, expect to pay higher pet insurance fees.

How much does a Miniature Schnauzer cost?

The Miniature Schnauzer price ranges from £600 to over £1,000. Make sure to buy from reputable breeders that had their breeding stock as well as puppies DNA-tested and cleared for possible hereditary diseases.

You can also get your pooch from an animal shelter or a Miniature Schnauzer rehome organisation. This way, you can give a new home and life to a dog who lost his home and family. 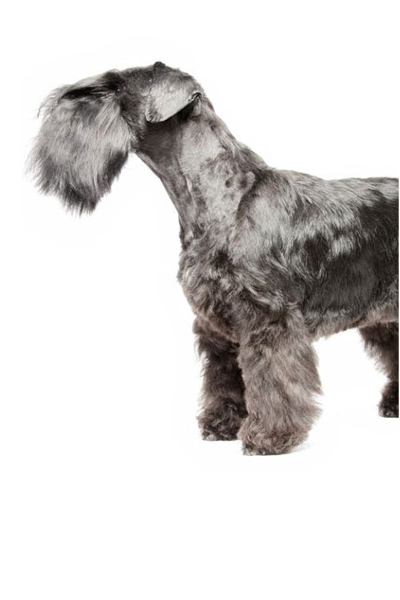 Are you sure the Miniature Schnauzer is the best breed for you? Take the Pet Breed Selector Quiz to find your perfect breed match.

Did you realise the Miniature Schnauzer may not be the breed you want? Try taking our Pet Finder to help you choose the best breed for you.

Disclaimer:
The information, including measurements, prices and other estimates, on this page is provided for general reference purposes only.
Miniature Poodle
Morkie
Contents
Not the breed you're looking for? Click Here
Latest Stories

There is a dispute about the puppy training pads’ effectiveness in potty training. Some attest that they helped pups move forward in training, whilst … END_OF_DOCUMENT_TOKEN_TO_BE_REPLACED 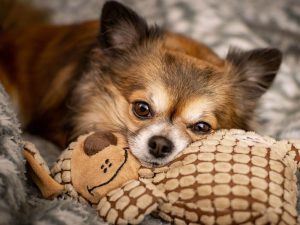 Canine life expectancy ranges from 9 to 13 years on average. However, there are some dog breeds that remarkably have a longer lifespan than the others. Check out the list below of the longest living dog breeds. 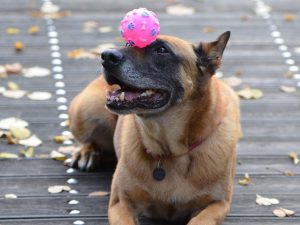 The most intelligent dogs are not necessarily the easiest to train. That’s because there is more to trainability than canine cleverness. 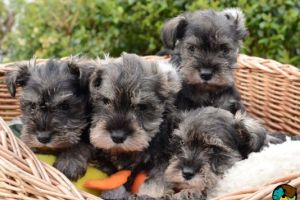 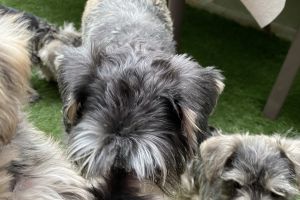 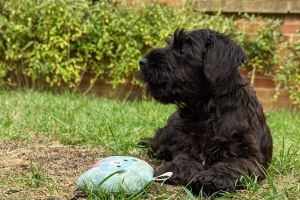 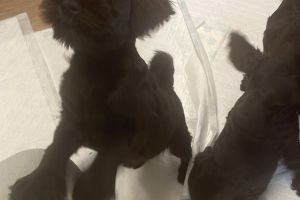