Searching for a Pointer?

The pointer or English pointer is a sweet-natured and noble dog recognised by the Kennel Club under the Gundog family. Since it was bred to hunt and is highly energetic, it should belong to an active owner who can provide the time and energy. Other than its love for the outdoors, the English pointer is an excellent companion and family pet because it is easy-going and calm. This gun dog ranges from medium to large, weighing 45–75 pounds and standing 61–69 centimetres.

Are you looking to buy an English pointer? Before you decide, learn more about its background.

The history of the English pointer is highly debatable since different records point to different places of origin. According to one source, the pointer dates back to England in the 1650s, whilst another source suggests that it descended from pointer breeds that include the Old Spanish pointer and Portuguese pointer, crediting Spain as the breed's actual country of origin.

Other ancestors from which the pointer is believed to be descended also include greyhounds, foxhounds, bloodhounds, and bull terriers. In the sixteenth century, pointers were used to hunt together with a pack of greyhounds. However, in the seventeenth century when wing shooting became popular, pointers accompanied the hunters on their own, and that was when they were recognised for their excellent hunting skills at par with Irish setters.

The pointer is a compact, agile, and graceful gun dog with a powerful staying power and speed. It should stand from 61 to 69 centimetres at the withers and weigh 45–75 pounds. Its body is well-proportioned, showing balance and strength. The English pointer has a noble head carried in an elegant manner, a defined stop, and dark-coloured eyes with an intelligent and alert expression. Its nose that sits atop its muzzle is wide and soft to the touch. Ears are set quite high and lie close to its head.

The English pointer wears a short, smooth, and shiny coat that is dense. It is easy to maintain and comes in a variety of colours, including black, orange or lemon, and liver, with white as its primary background colour. The coat sheds lightly throughout the year and will only require a weekly brush to keep it clean and matt-free. To maintain its shiny coat, occasional wipes of the chamois leather are also needed.

Regularly check the dog's ears for any excess wax or signs of infection. Also part of dog grooming is making sure the teeth are brushed at least once or twice a week, and the nails are trimmed once a month. Do not forget to check for ticks and fleas or any sign of physical abnormalities, so you can quickly consult a veterinarian.

The pointer is a good-natured and friendly dog, which is why it is a popular choice for a family pet. It is incredibly loyal, gentle, and tolerant, but is not a good candidate for a guard dog. It is very active and loves nothing more than to run or play a game of chase. It is suitable for a family with a large back garden and can spare both time and energy to accommodate its activity requirement.

Although it loves the great outdoors, the English pointer also likes to stay at home and chill with the family. However, it tends to suffer from separation anxiety and must not be left alone for extended periods of time. It's best if the family can have at least one member to stay at home and accompany the dog since they may become destructive. The pointer is intelligent and a fast learner, but it can also quickly pick up bad habits. With that said, it is important that socialisation and training should be done at an early age.

Generally, the pointer is well behaved and gentle, especially around children, but then again, any type of interaction must be well-supervised to keep things calm. Also, they get along well with other dogs and even cats they grow up together with. However, the pointer is still a hunting dog, which means care should be taken when there are small animals around.

A typical serving for an adult English pointer is two to three cups of high-quality dry dog food per day. When it comes to providing the best nutrition for your dog, nothing beats the advice of veterinarians or canine nutritionists. Remember that not all dogs have the same nutritional requirement.

As a rough guide, here is the typical calorie needs of an adult sixty-pound English pointer per day:

The English pointer needs food that is high in animal protein for muscle growth and stamina. Just make sure to buy commercial dog food that is formulated for its size. Do not free-feed to avoid bloat and stay away from food fillers that lack nutritional value such as wheat and corn.

When a pointer is given the right care, it can live up to fourteen years. But like most dogs, if not all, it is also predisposed to a few health disorders, which may include hip dysplasia, progressive retinal atrophy, epilepsy, neurotropic osteopathy, allergies, cherry eye, entropion, cataracts, chondrodysplasia, Addison's disease, demodectic mange, and skin cysts. Do not hesitate to consult the vet when you notice anything not normal with your dog.

The English pointer is a gun dog and as such is an active dog that will require plenty of physical and mental activities. At least two hours of daily exercise will suffice to make it happy and healthy. It will also love to accompany you on a run or a hike to help it relieve stress and shake off the boredom.

If you are interested in caring for a Pointer, prepare to pay at least £500 for a well-bred puppy. To ensure it stays healthy at whatever age, you will need to feed your dog high quality dog food and treats, which can set you back £40-£50 a month. You would also need to spend on dog accessories such as leads, collars, eating bowls, crates, beds, and toys. The combined initial cost for these things is estimated at £200.

Moreover, you need to consider paying for pet insurance to offset veterinary bills in case your dog suddenly falls ill or gets into an accident. Depending on where you live and your dog’s health and age, a time-limited cover can cost £23 a month while a lifetime one can cost up to £60 a month. Generally, insurance companies do not cover routine veterinary consultations, initial vaccinations, boosters, and neutering or spaying, so you may also have to spend an additional £1000 annually for these services.

On average, the minimum cost to care for a Pointer is £70-£110 per month depending on your pet insurance premium. This estimate does not include the rates for other services such as walking and grooming. 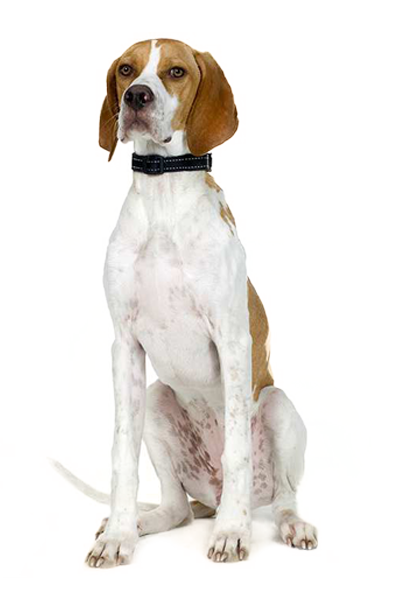 Are you sure the Pointer is the best breed for you? Take the Pet Breed Selector Quiz to find your perfect breed match.

Are you ready to take home an English pointer? If you are not 100 per cent sure, try our Pet Finder for more suggested breeds.

Disclaimer:
The information, including measurements, prices and other estimates, on this page is provided for general reference purposes only.
Plummer Terrier
Polish Lowland Sheepdog
Contents
Not the breed you're looking for? Click Here
Latest Stories

Australian Shepherds were bred to be herding dogs that can withstand cold climates. They sport dense and thick double coats that provide them warmth … END_OF_DOCUMENT_TOKEN_TO_BE_REPLACED

What is the most popular breed of gun dogs? Breeds of gun dogs are initially bred and developed for hunting purposes. They are used to assist in human activities such as working in the line, retrieving, picking up, and rough shooting for food. 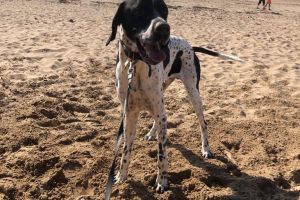 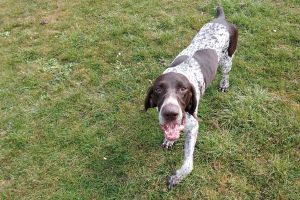