Searching for a Pomchi?

The Pomchi is a small breed with a lot of spunk and enthusiasm. His endearing looks and sweet personality won many people's hearts, making him one of the most favourite toy breeds across the globe. The breed is not recognised by the Kennel Club since it isn't a purebred dog with a pedigree.

What does Pomchi mean?

Pomchi is the shorter version of the breed’s full name, Pomeranian-Chihuahua. He is the result after mating the two breeds. Other names for Pomchi are Pomahuahua, Chi-Pom, and Chimerian.

The breed has existed for many decades. However, the intentional breeding of the Pomchi only began during the last twenty or thirty years. Breeders were aiming to create a companion dog that has an affectionate, spirited, and loyal nature.

The breed was first introduced to the UK in the 1980s. Although the Pomchi is fairly a new breed, he has steadily gained many fans around the country over the years.

The Pomchi is small in size with elegant features. The parent breeds' round and the wedge-shaped head is passed down to him. His neck is graceful and well-proportioned. He has medium-sized ears that stand upward when alert.

If at rest, it will slightly droop backwards. His round eyes are proportionally set and contain a dark pigment surrounding it. However, Pomchis with brown-, blue-, or light-coloured coats commonly has self-coloured pigments.

His muzzle is fairly short and somewhat pointed. He possesses lean cheeks and jaws and has a scissor bite. Generally, the Pomchi’s nose is black, except for dogs with brown-, blue-, and light-coloured coats since their noses are self-coloured.

This small dog's body is round but not barrel-shaped with slightly short yet sturdy legs. His hindquarters are strong and muscular. He has small and delicate-looking feet.

The Pomchi can either have a single or a thick double coat. Dogs with double coats have a smooth, glossy, and fluffy topcoat. The breed’s tail and neck are very furry, whilst their legs and ears have featherings. His coat colours may range from:

Does a Pomchi shed?

The Pomchi is a seasonal shedder that only moults once a year. It usually happens between spring and summer.

Is a Pomchi hypoallergenic?

Although the Pomchi is a low shedder, he is not hypoallergenic. It’s because both of his parent breed, the Chihuahua and Pomeranian, are non-hypoallergenic dogs.

Grooming Needs of a Pomchi

The Pomchi’s coat requires brushing at least twice a week to remove dirt and prevent mats and tangles. However, he needs more frequent grooming during his shedding season. Use a brush with soft bristles since he has sensitive skin. Avoid using metal brushes since it can irritate its skin.

It is recommended to have him professionally groomed at least two to three times a year to keep his coat neatly trimmed. Bathing should only be done when he gets too grimy and stinky.

Inspect and clean his ears every week to prevent wax build-up or ear infections. Be sure to trim his nails every four to six weeks. Tooth brushing should be done daily to avoid gum and teeth diseases.

Does a Pomchi make a good pet?

The Pomchi possesses great love and loyalty for his family, thus he is strongly bonded to them. This does not only make him a great companion, but also a watchdog as he is protective of his owner.

He is well-suited in households with older children who know how to properly handle a small dog like him. Interactions with younger children should always be supervised. The Pomchi does well with dogs and other pets as well, especially if he grew up together with them. By socialising him during puppyhood, he will eventually grow up to be a friendly canine towards both people and pets.

Does the pomchi make a good first dog?

The Pomchi is a good candidate if you are looking for your very first canine companion. He has an easy-going personality and a cheerful disposition. Although he tends to be wary around strangers and other dogs, with proper training and socialisation, this trait can be curbed.

Can a Pomchi be left alone?

The Pomchi should not be left at home for a long time without any companion. This will lead him to develop separation anxiety and unwanted habits such as excessive barking. Be sure that he has at least one family member with him throughout the day whilst the rest is not at home.

Is the Pomchi aggressive?

The Pomchi has inherited the Chihuahua’s big dog attitude, so he can be aggressive towards people and other pets. Proper socialisation and training is a must to ensure that he matures into a level-headed dog.

Is the Pomchi easy to train?

The Pomchi is a smart dog that loves to please his owners. He is trainable, however, you need to have patience. His stubborn nature makes training a little bit challenging. Exercise calmness, firmness, and consistency when teaching him commands.

Using positive reinforcement by giving him treat and praises for a job well done also helps in motivating him further.

Like all dog breeds, the Pomchi needs a diet that is rich in animal proteins and carbohydrates for energy, vitamins and minerals for good digestion and immunity, and omega fatty acids for healthy coat and skin. With this in mind, the best food for a Pomchi is the premium-quality dry dog food that is specifically formulated for active small breeds. Although this type of dog food is more expensive and hard to obtain, it has balanced portions of the mentioned ingredients that will sustain your Pomchi's health.

Aside from the food ingredients mentioned above, the Pomchi also needs glucosamine and chondroitin to protect his bones, joints, and mobility.  Antioxidants, DHA, taurine, and beta carotene are also important to develop healthy vision and protect eyesight.

Avoid choosing cheap commercial dog food that contains harmful ingredients such as additives and preservatives. Wet and canned foods should also be avoided because the Pomchi is predisposed to oral health problems such as tooth decay, tooth loss, gum disease, and bad breath, which he interited from his Pomeranian parent breed. As always, make sure to provide your Pomchi with fresh water.

The Pomchi is a lively and active dog that requires around thirty minutes of exercise preferably off the lead. If you have a spacious backyard, it's a good place where he can run around and play. Keep an eye on him as he is notoriously known to escape fences and crawl in small spaces because of his size.

Moreover, he can be mistaken as prey by predators, such as hawks. When you walk him outdoors, avoid taking off his lead as he might run off or encounter large aggressive dogs.

The Pomchi has an affinity for water and has a talent for swimming. However, he requires supervision at all time since he is small and prone to get easily dragged anywhere by the current. If your Pomchi is afraid of the water, avoid forcing him since it will on scare him more.

How long does a Pomchi dog live?

Amongst other traits that the Pomchi inherited from his parent breed is his long lifespan. On average, he can live about twelve to sixteen years with proper care and management.

Potential Genetic Conditions of the Pomchi

The Pomchi is generally a hardy breed, but he may suffer from a few health issues. Below is a list of the common diseases observed in the Pomchi breed:

If you are considering keeping a Pomchi, you would need to pay about £300 or more for a well-bred pedigree puppy. To ensure that it grows healthy, you would need to feed it high quality dog food, which can cost from £15-£25 a month. You would also need to buy it treats and accessories such as food bowls, leads, collars, and bed. The initial combined cost for these things can set you back £200 depending on the brands you opt for.

Aside from the initial purchase, pet insurance is another cost that you will have to shoulder on a monthly basis, ranging from £15 for a basic cover up to £35 for a lifetime cover. These prices vary depending on your dog’s health, age, size, weight, and where you live in the UK.

You may also need to set aside £600 a year for veterinary consultations and other necessary procedures such as vaccinations, boosters, neutering/spaying as these are not always covered by pet insurance. To give you a rough idea on how much you will likely spend month on month, it would be within the range of £25 and £45. This is exclusive of walking or grooming services that you might want to use at times. 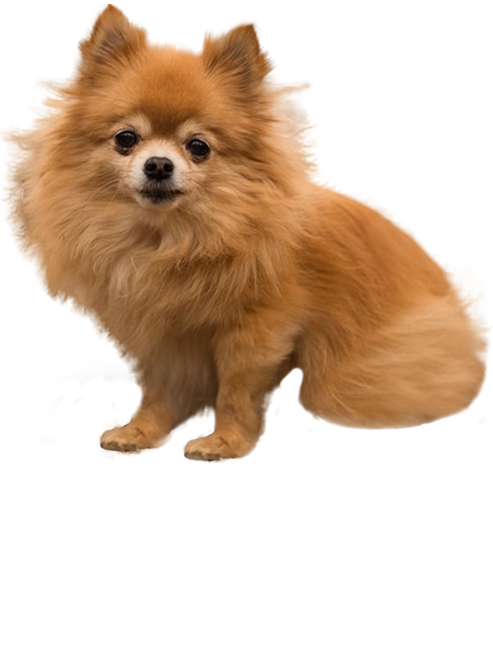 Are you sure the Pomchi is the best breed for you? Take the Pet Breed Selector Quiz to find your perfect breed match.

Dog Breed Selector Quiz
Disclaimer:
The information, including measurements, prices and other estimates, on this page is provided for general reference purposes only.
Polish Lowland Sheepdog
Pomeranian
Contents
Not the breed you're looking for? Click Here
Latest Stories

Dog breeds come in different price tags. However, a cheaper breed of dog does not mean you will get less for your money. We have listed down the 10 … END_OF_DOCUMENT_TOKEN_TO_BE_REPLACED 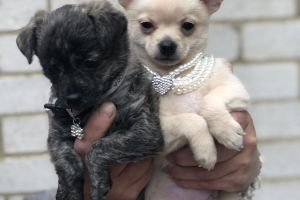 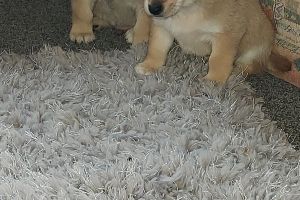 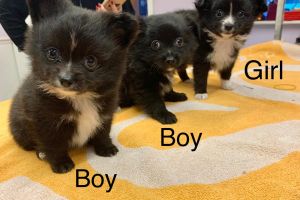