Thinking of buying or adopting a Scottish Terrier?

Outgoing and lively as a puppy, the Scottish terrier develops into a courageous, jolly, yet sturdy and imposing adult, with more independence than most terrier dogs. It is confident and fearless, but also stubborn and grumpy at times. The Scottie is highly prized for being brilliant a ratter.

Do you want your own a Scottie at home? Here is complete background information of this lively and devoted dog breed.

The Scottish terrier is a British terrier developed in the Scottish highlands. Its history is unclear, but most believe that the breed dates back to the fifteenth to sixteenth centuries.

The Scottie was developed in Britain to hunt and kill vermin that ate grain, eggs, and poultry in the farms. It was bred to be a courageous and scrappy dog, ready to follow and hunt fox or badger by digging its way into the den, if necessary.

In late 1882, there were three different terrier dog breeds exhibited as Scotch terriers, including the Scottish terrier, Cairn terrier, and West Highland white terrier. The Dandie Dinmont terrier had been initially included, but since it apparently has a different appearance, it was separated into a different breed of dog. The Scottish terrier was only recognised as its own formal breed in the nineteenth century. The Kennel Club UK officially recognised the breed in the 1930s.

Today, the Scottish terrier remains a favourite both as a companion dog and a family pet thanks to its charismatic looks and its kind, albeit gutsy nature.

The Scottish terrier is a relatively small breed. It grows to about 18–22 pounds in weight and 25–28 centimetres in height for both male and female. It is a compact, sturdy, short-legged dog with a long head, large muzzle, and a bearded face with bushy eyebrows above its dark piercing eyes. The ears are finely textured, either pointed or straight, and are set on top of its head.

The Scottie has a double coat made up of hard, wiry topcoat and a soft and dense undercoat. The coat comes in various colours, including black, wheaten, and brindle. If it is fated to be a house dog, it only needs to be brushed at least once a week. On the other hand, a show dog needs to be brushed daily and hand-stripped twice a year. Also, a Scottie should only be bathed as needed since excessive bathing may irritate its sensitive body.

As part of its dog grooming regimen, always check the ears on a weekly basis for any signs of infection, wax build-up, or irritation. Brush the teeth regularly to prevent tartar and gum disease. Also, nails should be trimmed at least once per month, especially when you start hearing clicking sounds on the floor.

Like most terriers, the Scottish terrier is an independent dog with a mind of its own. However, unlike its cousins, the Scottie is reserved and discerning of its particular choice of company. It is loyal to its owner, but it is more of a one-person dog sensitive to its chosen master’s moods. It is wary of strangers and barks a lot, which makes for quite an intimidating watchdog. With this said, socialisation should start early for the Scottie to become a well-rounded adult dog.

The Scottie’s stubborn and independent nature makes it difficult to train. It has a high self-esteem and iron will, thus it is not an ideal choice for permissive dog owners. The new Scottie owner should have a firm and consistent leadership and should immediately enrol the breed to an obedience school. If left unchecked, the Scottie will dominate the household.

A Scottie can tolerate boisterous children, but it is best suited in households with older children who know how to behave around small and scrappy dogs. However, if you already have a Scottie and small children at home, just make sure that playtime is always supervised by an adult to keep things calm. In addition, the Scottish terrier is territorial, which means it may not take it well when other dogs come over to play. However, it gets on well with other dogs and cats it has grown up with in the house. The Scottie will also think nothing of chasing other cats and small animals it encounters with rollicking enthusiasm.

A typical serving for an adult Scottish terrier is 1–1 1/2 cups of high-quality dry dog food divided into two meals. A dog’s nutrition should be catered to its unique needs through various life stages and situations. Its dietary requirement is determined based on its age, size, metabolic rate, health, and activity level. Work with a veterinarian to decide the best diet and increase the longevity of its life.

Here is a typical calorie per day of a standard Scottish terrier adult weighing twenty pounds.

Dogs need a balanced diet with at least four nutritional essentials such as proteins, fats, vitamins, minerals, and other micronutrients. They should also be given plenty of clean and fresh water to stay happy and healthy.

The Scottie is mostly a healthy dog breed, but like most dogs, it is susceptible to certain health disorders including Von Willebrand Disease, skin problems and flea allergies, epilepsy, and some jawbone disorders. It is also predisposed to the so-called Scottie cramp—a motor condition that causes walking difficulties.

The Scottish terrier is an active dog with high levels of energy and so will require at least one hour of daily exercise. It is also an intelligent dog breed, so plenty of mental stimulation is a must. If a Scottie is not given ample amount of exercises and mentally stimulating activities, it will quickly get bored and exhibit destructive behaviours such as digging, chewing, and barking.

If you are set on buying a Scottish Terrier, you need to prepare £400-£900 for a well-bred pedigree puppy. To ensure it stays healthy at whatever age, you will need to feed your dog high quality dog food and treats, which can set you back £20-£30 a month. You would also need to spend on dog accessories such as leads, collars, food bowls, crates, beds, and toys. The combined initial cost for these things is estimated at £200.

As to healthcare, you should be prepared in case your dog suddenly falls ill or gets into an accident. You can offset some bills if you get a pet insurance, which can range from £19 for a time-limited cover up to £42 for a lifetime one. These prices vary depending on your dog’s health, age, the type of cover you choose, and whether it has pre-existing conditions.

Other outgoings to consider are veterinary expenses that may not be included in a pet insurance coverage such as vaccinations, routine checks, neutering or spaying, and annual boosters, which can have a combined cost of £800 annually. Overall, you will be budgeting £50-£80 a month for recurring expenses, depending on the type of insurance cover you choose for your dog. 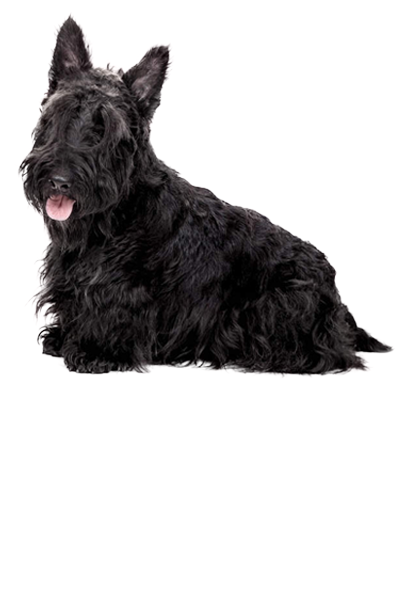 Are you sure the Scottish Terrier is the best breed for you? Take the Pet Breed Selector Quiz to find your perfect breed match.

Do you have doubts that a Scottish terrier is for you? See if other dog breeds match you using our Pet Finder.

Disclaimer:
The information, including measurements, prices and other estimates, on this page is provided for general reference purposes only.
Schnoodle
Sealyham Terrier
Contents
Not the breed you're looking for? Click Here
Latest Stories

Dogs are common hosts for various intestinal worms. Many dog owners are wondering, “What home remedy can I use to deworm my dog?” We have  6 natural … END_OF_DOCUMENT_TOKEN_TO_BE_REPLACED 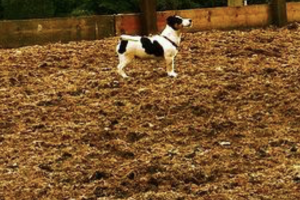