Although the Sprocker is the offspring of the Springer Spaniel and Cocker Spaniel, it is not considered a crossbreed. That’s because its parents are both spaniels. As such, it has the desirable personality and temperament of both breeds. A wonderful family pet, the Sprocker is primarily bred as a working dog as it is known to be hardier than its parent breeds. Sociable, intelligent, and athletic, the very energetic Sprocker needs much exercise and thus it is not ideal for first-time owners.

The Spaniel is widely known to have originated from Spain. The name of the breed came from the word “espaigneul,” which translates to “Spanish dog.” However, the contemporary Spaniels as we know them have been developed in Britain.

The Sprocker Spaniel is a new breed, emerging only 20 years ago. It is the combination of the Springer Spaniel and the Cocker Spaniel, hence, the unique yet familiar-sounding name. Its exact origins are not known, but it is believed that “accidental” interbreeding had occurred decades earlier. Scottish gamekeepers were said to be the ones who first crossed its parent breeds. This was done to create a sturdy canine that can handle larger estates. Apparently, the offspring took on the “better traits” of both its Spaniel parents.

In the years after its emergence, the Sprocker has proved to be an excellent working dog. At the same time, it has also earned a reputation for being a dependable companion and fantastic addition to families. Today, this breed is considered as among the popular dogs in the UK and is a valuable helper for hunters.

The Sprocker’s size is generally dependent on it parents’ size. As such, its height can range from 40-51 cm. Its weight ranges from 14-20 kg.

Inheriting its handsome and proud looks from both its parent breeds, the Sprocker Spaniel has an athletic appearance. It has a well-proportioned head and wide-set eyes that look bright and alert. Its ears, like its parents, are long, covered in hair, and droopy. Its muzzle is wide and its nose colour matches that of its coat.

Its body is muscular and strong, with well-developed loins and powerful hindquarters. Its rear legs, which propel it forward powerfully, is well-developed and strong. Its feet are rather broad and well-padded.

The Sprocker’s coat comes in a wide array of colours and combinations, just like the ones on Springer or Cocker Spaniels. Most Sprocker Spaniels are black, though some have a bit of white or are chocolate all throughout. Black and white Sprockers are also common. Its hair length and texture also vary, although it is usually smooth. The fur on its head and ears are rather longer than those on other parts of its body.

Being an active breed, this dog needs to be groomed regularly to keep its coat tangle- and debris-free.

Like its Spaniel parents and relatives, the Sprocker is also affectionate, outgoing, very loyal, active, and alert. As such, it is a fantastic addition to families, especially those who lead an active lifestyle. It is good with children and can live with other pets. However, it is such a high energy dog that it needs much vigorous exercise every day to keep it balanced. This dog does well in agility challenges.

That being said, it is not ideal as a first dog for new owners. It also needs to be in a home with a large garden. Those new to dog ownership may enjoy the companionship of this canine, provided that its need for much exercise is fulfilled. It has a great need to be kept busy as it likes to have something to do. Otherwise, it can get into a variety of mischief.

Further, the Sprocker Spaniel is an intelligent canine and learns quickly. However, it can be a bit stubborn and display selective hearing. Consistency, time, and a firm hand are keys to successful training.

Follow a set feeding schedule consistently and provide the same food your Sprocker is used to in order to avoid stomach upset. However, if you need to shift to another type of high-quality food, do so gradually. This helps your canine adjust accordingly without complications. Puppies must be fed 3-4 times a day whilst adult Sprocker Spaniels can be fed twice a day. For a Sprocker puppy 2-6 months old, feed it 48-180 g of food daily, depending also on its size and activity level. For one that is 7-10 months old, feed it 40-165 g of food daily. When it turns 11 months and beyond, it can be given adult food.

The adult Sprocker Spaniel weighing 14-18 kg should be fed about 175-280 g of food daily, also taking into consideration its activity level. For those 20 kg and above, the daily recommended portion ranges from 230-305 g.

The average Sprocker lifespan is 10 to 14 years. Although a sturdy canine, this breed is known to be affected by the following health conditions:

As a very active dog, the Sprocker Spaniel should be exercised for at least 60-80 minutes every day. The more exercise this pooch gets, the happier it will be, so going beyond the minimum time is a welcome treat.

The average rate for a well-bred Sprocker pup is between £250 and £500. Insurance may cost about £21 (basic) to £40 (lifetime) monthly. The food cost is estimated at £40-£50 monthly. For vaccinations, boosters, annual checks and other veterinary costs, pet care expenses may add up to more than £1,000 annually.

On average, a Sprocker owner will spend about £70-£100 per month. The insurance costs can also affect these cost estimates. For its lifetime (10-14 years), the costs can range from £8,400 to £16,800. This estimate does not include the expenditures incurred in buying a puppy yet.

Is a Sprocker Right for You? 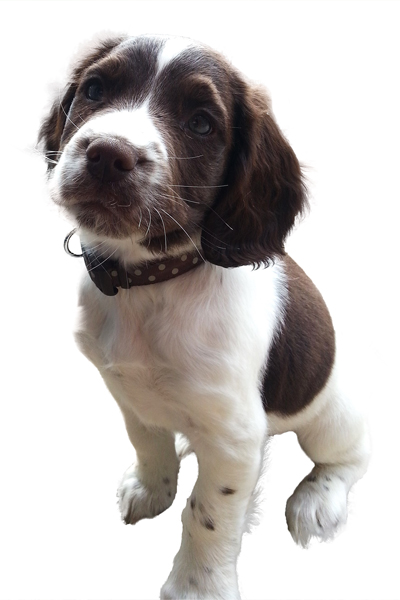 Are you sure the Sprocker is the best breed for you? Take the Pet Breed Selector Quiz to find your perfect breed match.

Is the Sprocker too challenging for you? Take our Pet Finder so we can help you find more manageable dog breeds.

Cancer in dogs is prevalent; it is the leading reason for non-accidental death in canines. In fact, 50% of dogs reaching 8years of age and beyond are … END_OF_DOCUMENT_TOKEN_TO_BE_REPLACED 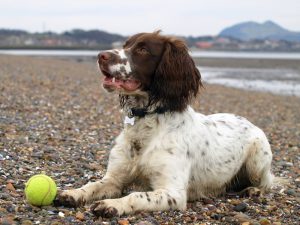 Cancer in dogs is prevalent; it is the leading reason for non-accidental death in canines. In fact, 50% of dogs reaching 8years of age and beyond are … END_OF_DOCUMENT_TOKEN_TO_BE_REPLACED