Thinking of buying or adopting a Thai Ridgeback?

What is the Thai Ridgeback bred for?

The Thai Ridgeback is created to be an all-purpose dog. He can hunt down small prey such as birds and rats and larger animals like wild boars and tapirs. The dog is even known to drive away poisonous cobras.

Farmers used the Thai Ridgeback to escort or pull carts and dubbed him “the cart-following dog.” Families had him as a trusty guard dog for he is quite protective of his owners.

What is a Thai Ridgeback?

The Thai Ridgeback also called Mah Thai Lang Ahn is an ancient dog breed originated from eastern Thailand. The breed has long existed 350 years ago. In the 17th century, historical writing mentioned a breed that has a distinguishable ridge of hair running down his back. The dog in this literature is thought to be the Thai Ridgeback.

The Thai Ridgeback is related to the Phu Quoc and Rhodesian Ridgeback as they closely share the same predecessors. Some experts believe that the Thailand Ridgeback descended from the now-extinct Hottentot whilst others think that he is the progeny of the Funan Ridgeback,

The Thai Ridgeback thrived in a somewhat remote part of Thailand. Only a sparse crossbreeding occurred as the years went by. Thus, many dog enthusiasts believe that the Thai Ridgeback is a 'pure' breed. With the help of natural selection, he is one of the healthiest dog breeds to exist.

The Thai Ridgeback dog is sensitive to cold. His aversion to the chilly weather is thought to be connected to the place he originated from, which is a sunny Thailand.

How big is the Thai Ridgeback?

Male Thai Ridgebacks are usually bigger than their female counterparts. They stand anywhere from 56 cm to 60 cm. Meanwhile, females stand between 51 cm and 56 cm. Both male and female can weigh around 23-24 kg.

The Thai Ridgeback is a midsized dog with a lean, muscular figure. It makes him a fleet-footed and athletic canine. His wedge-shaped head is carried with confidence. His large ears are raised upright somewhat leaning forward and set high on his head.

He sports a black nose and has dark-brown, almond-shaped eyes that show a keen expression.

His muzzle, just like his head, is wedge-shaped. He has a tongue that tends to be pigmented with either black or bluish spots. It is natural for the Thai Ridgeback to be loose-skinned. Thai Ridgeback puppies have creases much like Mastiff and Sharpei dog breeds. These creases will smoothen out gradually as they continue to mature.

The Thai Ridgeback has a strong neck and strong muscled shoulders. His powerful back is firm and covered with thick hair. He has a straight and his hind legs are quite lean and long. His tail is curved upwards like a sickle and its tail is thick at the base which tapers at the end.

The Thai Ridgeback's coat is short and just like what his name says a fur of the ridge is formed on his back. It grows in the opposite direction from the other hairs of his coat. He has about 8 various ridge patterns. The coat colours of the Thai Ridgeback may come in black, blue, red, and yellow.

The Thai Ridgeback is not a hypoallergenic dog.  Dog owners with allergies may suffer allergic reactions to dander, which are flakes found in a dog’s skin, or saliva.

The Thailand Ridgeback dog's short close-lying coat is straight and hard so it only needs minimal grooming. Brush him weekly using a rubber curry brush to remove dead or loose hairs and dirt. Mind that he is a seasonal shedder that moults his coat twice a year at most. During this time, frequent brushing is needed.

Bathe him only when he stinks or dirty. Avoid washing him often as it can damage and dry out his skin and hair. Ear inspection and cleaning should be done at least once a month.

Trim his nails every 1 to 2 months to avoid cracking or splitting. Periodontal diseases are a common problem in canines. Daily toothbrushing will keep your dog safe from these health issues.

The Thai Ridgeback is well-known for his extreme loyalty to his owners. Whilst he showers his family with love and affection, he is relatively cautious around strangers. These traits are the reason why he makes a great guard dog.

Keep in mind that early training and socialising are needed to prepare him for the role of a guard dog. Getting him used to new faces in different environments will shape him into a friendly and confident dog. Moreover, it will improve his skills in accurately identifying who is a threat.

The Thai Ridgeback is suitable for families with older children. His interactions with toddlers and other animals need to be supervised. Most dogs are unaware of how big they are. When the Thai Ridgeback gets too excited during playtime, he might accidentally knock off younger kids and smaller animals.

The breed also possesses a high prey drive which makes him chase and nip at the heels of anything that’s moving. Through consistent training and proper socialisation, this behaviour can be corrected.

Training the Thai Ridgeback requires patience because even though he is a smart dog, he also has an independent nature. The Thai Ridgeback will do things his way if you don't gain his trust and respect. Assert yourself as a leader and maintain a firm and consistent training with gentle handling.

Never resort to punishment or rough training methods as they can make him develop aggressive behaviour. To keep his motivation up in training, use a positive reinforcement method. Give him a treat, praise him, or reward him with a fun activity.

The Thai Ridgeback is a highly energetic dog so provide him with a premium quality dog food that is appropriate for his age and energy levels. It is packed with nutritional content that will sufficiently replenish his energy. Do not forget to fill his water bowl with fresh water every day especially during hot weather.

Stay away from commercialised dog food. It is often cheap in price but low in nutrients and minerals. Some may even contain ingredients such as flavourings, additives, and preservatives that will endanger your dog’s health. It is best to invest in a slightly more expensive high-quality dog food that will cater to his nutritional needs.

Thailand Ridgeback puppies should be fed at least 1 to 2 cups of dog food every day. Always make sure to divide their meals into 3 small portions. It will make digestion easier for the puppies.

The lack of human intervention during the breeding of the Thai Ridgeback made it a healthy breed. With proper care, he can live for 12 to 13 years. However, he is still prone to a few health issues such as:

Prevention always goes a long way. Start by completing all the vaccinations, yearly boosters, and health tests that he needs. Then, keep visiting the vet regularly for check-ups. By doing this, the vet can monitor your dog’s health and prompt early detection of illnesses which increases the chances of successful treatment.

As a high-level energy dog, the Thai Ridgeback needs more time for exercise than other breeds. Sixty to ninety minutes of walking and fun games and activities is enough to expend his energy. It is best not to keep him off-lead during walks as he might suddenly run after other dogs.

If you have a spacious backyard, let him run around and play to his heart’s content. Keep in mind that Thai Ridgebacks are excellent jumpers, therefore, you need to make sure that the enclosure is secure and high enough to keep him in.

Purchasing a Thai Ridgeback puppy means going on a waiting list as this breed is rare in the UK. A well-bred puppy can cost from £1500 upwards. To ensure it stays healthy at whatever age, you will need to feed your dog high quality dog food and treats, which can set you back £30-£40 a month. You would also need to spend on dog accessories such as leads, collars, eating bowls, crates, beds, and toys. The combined initial cost for these things is estimated at £200.

Moreover, you need to consider paying for pet insurance to offset veterinary bills in case your dog suddenly falls ill or gets into an accident. Depending on where you live and your dog’s health and age, a time-limited cover can cost £54 a month while a lifetime one can cost up to £74 a month. Generally, insurance companies do not cover routine veterinary consultations, initial vaccinations, boosters, and neutering or spaying, so you may also have to spend an additional £1000 annually for these services.

On average, the minimum cost to care for a Thai Ridgeback is £90-£120 per month depending on your pet insurance premium. This estimate does not include the rates for other services such as walking and grooming. 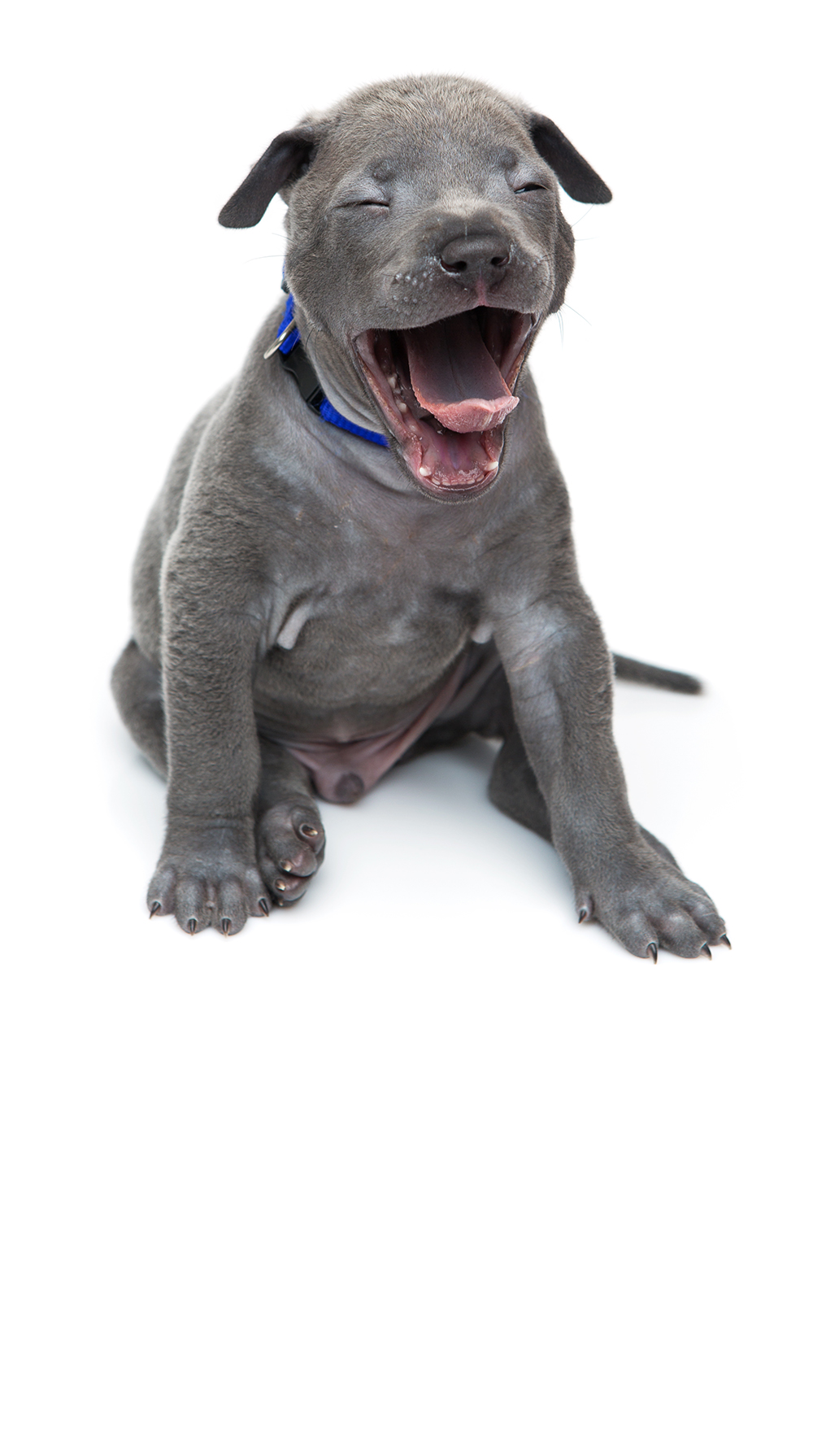 Are you sure the Thai Ridgeback is the best breed for you? Take the Pet Breed Selector Quiz to find your perfect breed match.

Dog Breed Selector Quiz
Disclaimer:
The information, including measurements, prices and other estimates, on this page is provided for general reference purposes only.
Teacup Poodle
Tibetan Mastiff
Contents
Not the breed you're looking for? Click Here
Latest Stories

Australian Shepherds were bred to be herding dogs that can withstand cold climates. They sport dense and thick double coats that provide them warmth … END_OF_DOCUMENT_TOKEN_TO_BE_REPLACED