Thinking of buying or adopting a West Highland Terrier?

The West Highland white terrier is a very intelligent dog with excellent ratting skills. It was bred to have its distinctive snowy coat colour and strong tail for its own safety during hunts. The Westie, as it is popularly known, is a great family pet due to its playful nature, loyalty, and friendliness. Although easy to train, it is not recommended for first-time owners as this breed has a stubborn streak.

Its compact size makes the West Highland white terrier a good choice for pet owners residing in apartments. However, its feisty ways and reputation for barking more than usual may be quite a handful for some. Its charm lies in its cute and cuddly appearance, sociable demeanour, and eagerness to please. As such, it is a popular canine breed.

The West Highland white terrier's history is a curious one and is marked by tragedy. Originating in Scotland, this dog breed is a close relative of other Scottish terriers, such as the Skye and Cairn breeds. Its existence has been documented since the fifteenth century. Back then, the Westie was primarily developed to hunt foxes, vermin, and otters.

How did the Westie get its distinctive white coat? Legend said that Col Edward Donald Malcolm of Potalloch was behind the breeding of white West Highland terriers in the 1800s. He was hunting with his brown Cairn terriers when he shot his favourite dog after mistaking it for a fox.

As the story goes, Col Malcolm decided to breed white terriers to prevent such accidents from happening again. The white colour sharply contrasted against the foliage, making the terrier easier to identify. The Westie was developed by selectively breeding white puppies from a litter of terriers until the resulting pups were consistently snow-coloured.

Then, in the nineteenth century, the Duke of Argyleshire also tried to breed white terriers. He named it Roseneath terrier, which was also the location of his castle. Although it was acknowledged by the American Kennel Club in 1908, the dog breed’s name was later changed to West Highland white terrier. The Kennel Club accepted the Westie as a distinct breed in 1907.

Today, the West Highland white terrier is one of the most popular terrier breeds.

The Westie is an energetic and powerful canine able to burrow the earth to get to its target. Its head is covered in double layers of fur and is slightly domed, thus the adorably rounded look. It has wide-set dark button eyes hooded by heavy brows. The ears are upright and with sharp tips. Its strong jaws house a strong mouth with a neat scissor bite. Its neck is muscular and strong.

The West Highland white terrier has a levelled back, deep chest, and arched ribs. Its body is shaped like a bullet with its narrow shoulders and rounded hips. This shape enables this dog to wriggle out of tight spaces it squeezes into in pursuit of prey. The hindquarters are strong and muscular, which is also the same for all four legs. However, the front feet are larger than the ones at the back.

All four paws are covered in hair and have thick pads. Its tail, which tends to be set rigidly upright, is covered in hair without feathering. The Westie is one of the canine breeds with a tail that is strong enough to carry itself out of tight holes when pulled. This trait has been specially developed in the West Highland white terrier. This ambitious canine tends to dig too deeply that it can no longer get itself out. It then barks constantly until rescuers locate and pull it out by its tails without any harm.

This breed has a double coat with a coarser outer layer that allows it to shake off dirt easily. Does a Westie shed at all? Yes, but moderately. This dog needs daily brushing and trimming every so often to prevent matting.

The West Highland white terrier has such an endearing look and wonderful personality that it never fails to win human admiration. Confident, outgoing, loyal, and affectionate, this breed bonds strongly with its owners.

Is a Westie a good family dog? Yes it is! This is a pet that loves people and gets along easily with children, other pets, and even strangers. As such, it does not make an effective guard dog. Also, its stubborn streak can make training a challenging endeavour. As such, the independent Westie is better suited to experienced dog owners. Generally, this dog learns new skills easily.

Although this feisty canine loves humans, it is no lapdog. It likes to be constantly on the move and likes to be busy with games, exercise, and sports. When its energies are not properly channelled, the Westie can be destructive, noisy, and dig excessively. However, exercise or no, this breed is the kind that likes the sound of its own voice.

This verbal dog likes to alert you of everything, from passing cars to squirrels in a tree. The West Highland white terrier was bred to have a big bark so that hunters could hear it barking underground (a specially useful trick if it got stuck). Its bark also makes for a great alarm, but don’t expect to use it as a guard dog—it's more likely to become friends with any intruder.

For all its spunk and wilfulness, the West Highland white terrier is a natural entertainer, amusing its owner to no end. Due to its high sociability and energy, this canine will not do well if left on its own for long periods.

The West Highland white terrier should be fed quality food that fulfils its nutritional needs. It should be consistently given the same food. If there are changes to its diet or feeding schedule, those must be done gradually to prevent digestive complications. A Westie puppy at 2–6 months old should be fed 48–124 g of food based on its build and activity level. Feeding time can be 3–4 times in a day. When it reaches 7–8 months old, it can be given 40–100 g of food. From 9–10 months old, you can provide 39–89 g of food. Once the pup is eleven months old, feed it with adult food.

On average, the West Highland white terrier’s life expectancy ranges from twelve to sixteen years. What health problems does the Westie breed have? Although a strong and robust dog, it has been known to be affected by some hereditary conditions:

This dog has rather sensitive ears. As such, these should also be covered in sunblock when staying outdoors for longer periods.

For such a high-energy and smart canine, the Westie should be exercised daily for at least an hour. It should also be engaged in mentally stimulating activities. As it is a terrier with a yen for digging, lawn fencing should be reinforced to help prevent that.

If you are interested in buying a well-bred West Highland Terrier pedigree puppy, expect to spend £300-£900 for one. Other than the initial purchase, you also need to consider getting a pet insurance, which can cost anywhere from £19 a month for a basic cover up to £43 a month for a lifetime cover. These prices vary depending on your dog’s health, age, size, weight, the type of cover you choose, and whether it has pre-existing conditions.

Food cost is another matter since you need to ensure that your dog stays healthy and well-fed at whatever age. To buy high-quality dog food, you will have to spend around £20–£30 a month. You also need to factor in the initial cost for dog accessories and equipment such as food bowls, leads, collars, and beds, which will likely be about £200 depending on the brand.

Other outgoings to consider are veterinary expenses that may not be included in a pet insurance coverage such as vaccinations, routine checks, neutering or spaying, and annual boosters, which can have a combined cost of £800 annually. On average, caring for a West Highland Terrier will cost about £50–£80 a month, depending on the type of insurance. This is exclusive of walking or grooming services that you might want to use at times. 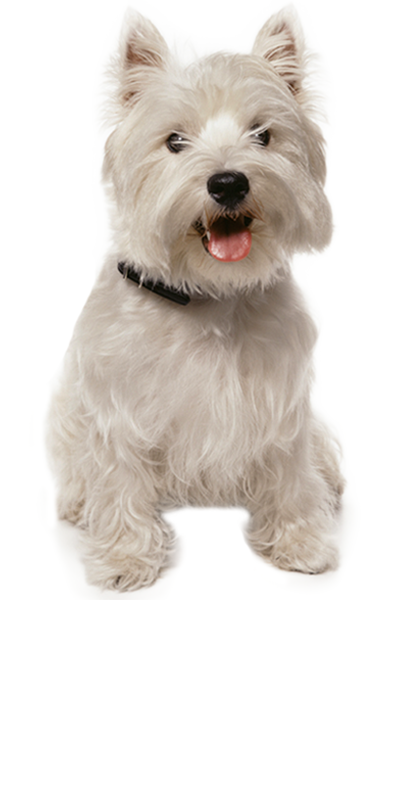 Are you sure the West Highland Terrier is the best breed for you? Take the Pet Breed Selector Quiz to find your perfect breed match.

Are you ready to take home a West Highland white terrier? If you are not 100 per cent sure, try our Pet Finder for more suggested breeds.

Disclaimer:
The information, including measurements, prices and other estimates, on this page is provided for general reference purposes only.
Welsh Terrier
Westiepoo
Contents
Not the breed you're looking for? Click Here
Latest Stories

Dogs are common hosts for various intestinal worms. Many dog owners are wondering, “What home remedy can I use to deworm my dog?” We have  6 natural … END_OF_DOCUMENT_TOKEN_TO_BE_REPLACED 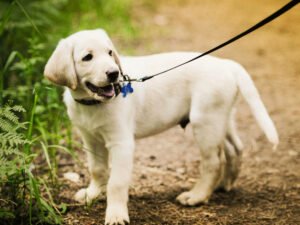 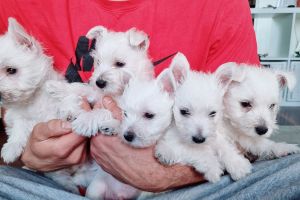 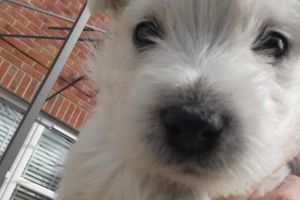 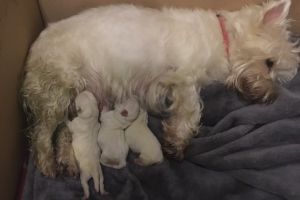 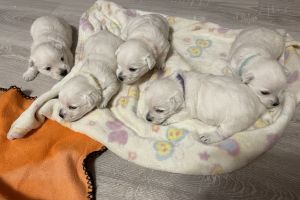