Looking for a White Swiss Shepherd?

The White Swiss Shepherd has only been recognised as a breed by the Kennel Club in 2017, but has been gaining in popularity. Also known as the Berger Blanc Suisse (BBS), this dog shares its ancestry with the German shepherd (GS). As such, it shares many physical similarities with the latter. However, unlike its darker-coloured relative, the White Swiss Shepherd has a lower prey drive and gentler personality.

Highly intelligent, very loyal, and lively in nature, the White Swiss Shepherd is kind with children and is thus suitable as a family pet. First-time owners will also find this dog an agreeable pet, provided its need for much exercise and mental stimulation is fulfilled.

Are you thinking of getting a White Swiss Shepherd? Here is a brief background of this friendly yet rare herding dog breed.

Although all GS, no matter the colour, were initially accepted for registration, the white varieties were later rejected when more emerged over time. In 1991, the White Swiss Shepherd became a recognised breed in Switzerland. Other European countries followed suit in succeeding years. In 2011, the WSS was recognised by the Fédération Cynologique Internationale as a distinct breed. Finally, in 2017, the Kennel Club acknowledged the White Swiss Shepherd Dog as the 219th pedigree canine breed in its books. It has been classified under the pastoral group.

Similar to the German shepherd in size, the White Swiss Shepherd’s height ranges from 55–66 centimetres. Its average weight falls anywhere between 25–40 kilograms.

Having a muscular, medium-sized body similar to that of the GS, the White Swiss Shepherd has a tail shorter than its body is long. It gives the impression of being alert and athletic, with a clean-cut, wedge-shaped head that is well-proportioned to its body.

Its medium-sized and typically black nose dispels the false notion that the WSS is the “albino” version of the GS. Their muzzles, longer than an average dog’s skull, are powerful and straight. It houses a strong jaw decked with teeth that close into a perfect scissor bite. Its ears, which are erect and faced forward, are high, elongated, and triangular.

The White Swiss Shepherd’s belly is fairly tucked up, lending it a graceful appearance. Its back legs are strong, and the back feet are a bit longer than the front. The oval-shaped feet are studded with dark nails and are firmly padded underneath.

The most distinctive feature of the WSS is its gleaming white and thick double coat. Its pristine coat is surprisingly resistant to dirt and can easily be groomed. When muddy, the dirt can be easily brushed off the coat when dry. A brief dip in the water can effectively clean muddied coats in no time. However, the WSS requires frequent brushing. This dog breed, like the German shepherd, tends to shed much all year, especially during spring and autumn.

If the German shepherd is known for its directness and aggressive drive, the White Swiss Shepherd is its near-polar opposite. In fact, unlike its ancestor, the WSS is not usually chosen as a guard dog or police canine. Instead, the WSS has a friendly, lively, and kind temperament. Its well-balanced nature, loyalty, and capacity to tolerate other animals make it a suitable family pet. It is also a good companion animal for a first-time owner, as long as it is provided a lot of exercise regularly.

Highly intelligent, this herding dog can learn new skills very quickly and likes being given something to do. However, it can also learn bad habits fast, thus requiring consistent training at an early age. Its trainability and sensitive nature make it suitable for therapy and assistance services. It can also stand out in various dog sports.

As a loyal pet, the White Swiss Shepherd tends to follow its owners around, no matter the place. As such, it does not like to be left on its own and tends to be affected by separation anxiety. The WSS may be wary of strangers and even bark at them, but it is not known to show aggression. This makes the WSS suitable for watch dog duties.

The WSS likes to vocalise, although this tendency may be minimised whilst still young. However, it is not known to bark excessively. To help it become a confident and well-balanced dog, the WSS should be socialised and trained early. They thrive best in active households with a clear alpha, as the WSS needs significant direction and guidance.

The White Swiss Shepherd should be consistently provided a good quality, nutritious diet. It does not tolerate frequent changes in its diet well as it has a sensitive digestive system.

A WSS puppy should be fed 3–4 times daily that is in accordance to their development stage. The serving portion, which also depends on the pup’s build, ranges from 265 grams to 463 grams for puppies aged 2–14 months old.

A White Swiss Shepherd’s life expectancy ranges from 12–14 years on average. Being a shepherd dog, it is a sturdy breed. However, it has been known to be predisposed to the following health conditions:

The WSS is happy to engage in rigorous activities that test its physical capacities and mental abilities. It should be exercised for at least an hour daily, ideally off lead as much as possible so it can flex its powerful haunches. Exercise time can be divided into a short morning walk and a rather energizing session in the afternoon. The WSS usually likes the water and swimming.

If you are planning to buy a White Swiss Shepherd, expect to go on a breeder’s waiting list as this breed is rare in the UK. The price for a well-bred pedigree puppy is at least £500. To ensure that it grows healthy, you would need to feed it high quality dog food, which can cost from £30-£40 a month. You would also need to buy it treats and accessories such as food bowls, leads, collars, and bed. The initial combined cost for these things can set you back £200 depending on the brands you opt for.

Aside from the initial purchase, pet insurance is another cost that you will have to shoulder monthly, ranging from £25 for a basic cover up to £86 for a lifetime cover. These prices vary depending on your dog’s health and age, size, weight, and where you live in the UK.

You may also need to set aside £1000 a year for veterinary consultations and other necessary procedures such as vaccinations, boosters, neutering/spaying as these are not always covered by pet insurance. To give you a rough idea on how much you will likely spend month on month, it would be within the range of £60 and £130. This is exclusive of walking or grooming services that you might want to use at times. 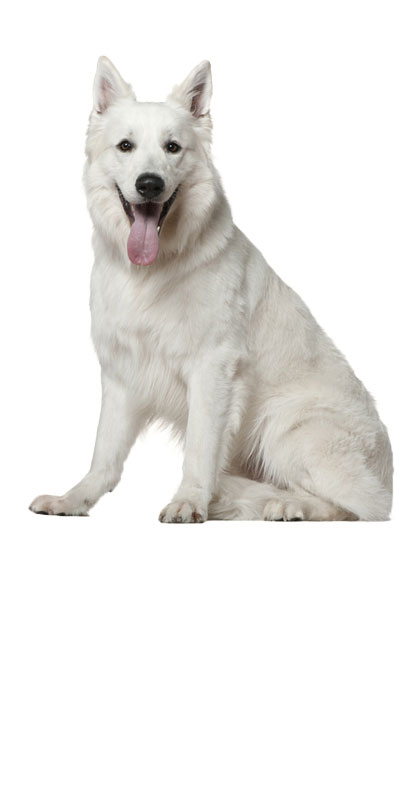 Are you sure the White Swiss Shepherd is the best breed for you? Take the Pet Breed Selector Quiz to find your perfect breed match.

Do you think a White Swiss Shepherd is your perfect companion? Use our Pet Finder to find other breeds suitable to your personality and lifestyle!

Disclaimer:
The information, including measurements, prices and other estimates, on this page is provided for general reference purposes only.
Whippet
Wirehaired Vizsla
Contents
Not the breed you're looking for? Click Here
Latest Stories

Socialising adult dogs may seem like a daunting task as some full-grown pooches are set in their ways. However, all hope is not lost. There are many … END_OF_DOCUMENT_TOKEN_TO_BE_REPLACED 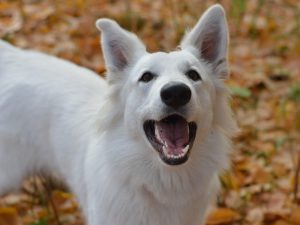 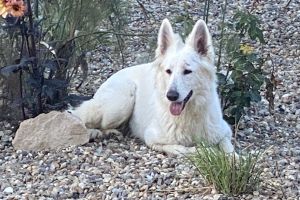