Pet birds are becoming fast favourite family companions in the UK. Approximately one million feathered friends are kept in UK households. If you are planning to welcome one into your home, here are 8 best birds you can have as pets.

The parrotlet is a sprightly and brilliant bird native to Mexico and Central and South America. He is considered the smallest of the parrot species. Adult parrotlet weighs approximately 33 g and grows about 28.5 in length.

His plumage commonly comes in a beautiful shade of green. Pet parrotlet can live up to twenty years.

As a family companion, the parrotlet relishes bonding with his human companions. Despite being a small bird, the parrotlet packs a lot of energy and personality. His extroverted nature requires him to have daily human interactions.

Lack of it can lead to destructive behavioural changes such as feather plucking. Unlike his other parrot cousins, the parrotlet is not the best talker. However, he still shows an amazing ability to learn several words and mimicking sounds such as household noises.

The Amazon parrot originated in Mexico, South America, and a few areas in the Caribbean. His size can range between medium and large. A fully mature Amazon parrot measures approximately 30 to 38 cm. This parrot species often possesses a green plumage with bright smidges of colour on his head and wings.

Just like the macaw, some of the Amazon parrot species are endangered and protected by CITES. Bird enthusiasts planning to get an Amazon parrot should consider the bird’s longevity. The average lifespan of this parrot species is between forty and fifty years. Potential owners must be fully committed to consistently provide his needs throughout his lifetime.

With his sharp mind and vivacious personality, the Amazon parrot will dash away from his family’s boredom with his comical shenanigans. He is a highly affectionate and active pet parrot that requires frequent playtime and interaction. Or else he may develop behavioural problems.

The Amazon parrot is one of the best talking parrot species. However, his chattiness also means that he can be quite noisy and a screamer. Although training can inhibit this trait, it will not completely remove it. Thus, he is not a great option for apartment dwellers.

The parakeet primarily originated in Australia. He is another small parrot breed, weighs between 0.03 and 0.04 grams, and measures approximately 18 cm. The original colouring of the parakeet is green, but due to selective breeding, he now sports other colours such as white and blue. On average, the parakeet can live up to five to ten years.

The parakeet is laid-back and affectionate as a pet parrot. His gentleness makes him a great playmate for children. However, it is extremely crucial to supervise their interactions as the parakeet has a delicate body due to his small physique. Rough handling can easily cause injuries.

Bird enthusiasts who are looking for a skilled talking parrot will enjoy the parakeet’s company. This pet bird is one of the best talkers of the parrot species. Not only can he learn words but also various noises and even phrases.

This spectacular bird came from three locations namely Mexico, South America, and Central America. A large parrot species, the macaw can grow between 85 and 100 cm and be as heavy as 1.4 to 2.7 kg. His majestic plumage has a wide range of colours, from the usual green to the popping purple shade.

The macaw has a quite long lifespan, which can be up to thirty to fifty years. Some of these species are highly at risk of becoming extinct. To protect them, the Convention on International Trade in Endangered Species (CITES) was created. This requires macaw owners to procure a list of documents as proof that they legally obtained their pet parrot.

The macaw is full of life and has a thirst for the excitement that he may sometimes become a mischievous feathered friend. He tends to forge a strong bond with only one person. This often leads him to be extremely affectionate of his owner and cold towards unfamiliar faces.

The macaw is naturally a noisy bird and this trait cannot be rid of. Therefore, he is not the best pick as an apartment pet. Although the macaw is not one of the most adept talking parrots, he has the talent of learning words and phrases and copying household noises.

The cockatoo’s origins can be traced back to a handful of countries including Indonesia, Philippines, Solomon Islands, New Guinea, and Australia. Full-grown cockatoos weigh an average of 0.3 to 0.9 kg and can grow between 31 and 70 cm in length.

The common colours these magnificent parrot species have are white, black, and grey. A few species of the cockatoo are also listed as endangered in the CITES. If properly looked after, a cockatoo can live between twenty-five and forty-five years.

The cockatoo is dubbed as a ‘Velcro Bird’ because of his strong bond with his owner. It is not uncommon to see this pet parrot shower his favourite human with so much affection. His constant longing for closeness also means that he should not be left alone for long periods. The cockatoo has a talent for talking, but also tends to be extremely noisy.

The conure is native to the Caribbean islands, South America, and Southern Mexico. Depending on the species, he can either be small or medium in size. Generally, the conure stands around 25 to 50 cm.
He is a vivid multicoloured bird that often sports the colours of green, orange, red, blue, and yellow on his plumage. The average lifespan of the conure is around twenty to thirty years.

Owning a conure as a pet parrot is like having an inquisitive child who is ready to explore the world. He is a curious little fellow with a fun-loving personality. The conure is greatly attached to his humans and thoroughly enjoys spending time with them.

Because of his natural loudness, he is not the best option for people living in the city or apartments. Whilst the conure is not the greatest talker, he is still capable of learning words and imitating noises.

This small-size parrot species originally hailed from sub-Saharan Africa and Madagascar. A full-grown lovebird generally weighs approximately 2 ounces and measures around 12 to 15 cm long. The most common colours the lovebird sports are peach, teal, green, and white with a smattering of colours including red, black, or orange on his neck and head. The average lifespan of this parrot species is around ten to fifteen years old.

A playful and family-oriented pet, the lovebird is deeply devoted to his owner. He craves for lots of love and attention. Contrary to popular belief, this parrot species can live without a pair provided that he gets enough bonding time with his family.

Thus, lovebird owners should always spare a few hours to play and bond with their feathered friends. These endearing qualities make him one of the best birds to own.

When it comes to talking, the lovebird can only add a few words in his vocabulary. Similar to the parrotlet, he has a knack for imitating the noises around him, especially if he frequently hears them every day.

As a family companion, the African grey parrot is at his happiest when he gets enough care and affection from his loved ones. His sociable nature will make him crave for daily interactions from his humans. If this need is not met, he will be highly vulnerable to developing destructive habits.

The African grey parrot is famous for his amazing ability to both learn and understand words and phrases. Because of this skill, he is considered one of the best talking parrot breeds. Although the African grey is a less noisy pet parrot, he can quickly mimic household sounds and repeat them over and over. Thus, carefully choose where he should be placed to prevent him from picking up unwanted habits.

Around 130,000 dogs are sent to dog rescue centres each year in the UK in hopes of finding forever homes. Help them start a new and fruitful life by … END_OF_DOCUMENT_TOKEN_TO_BE_REPLACED 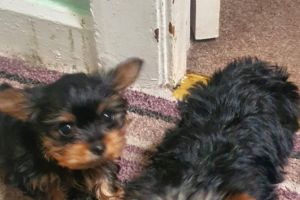 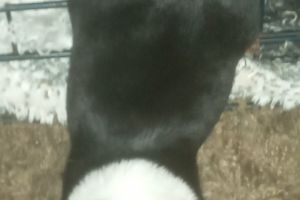 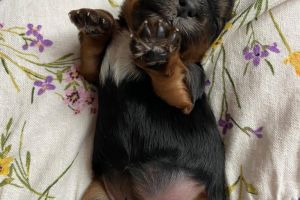 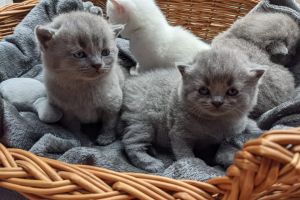