The Andalusian horse, also known as Pura Raza Espanola (PRE) or Pure Spanish horse, is native to Andalusia, Spain. The breed came to be by crossing a Portuguese Iberian horse with a Spanish horse.

Generally, the Andalusian breed stands around 156 cm and weighs as heavy as 412 to 512 kg. The PRE is highly versatile and adept in various kinds of work. From an agile dressage horse and a regular riding horse to a bold bullfighting mount. He best suits for intermediate and professional riders.

If well taken care of, the Andalusian horse can live for quite a long time. The average lifespan of the breed is 25 years. Regular health check-ups from the vet will help in ensuring that he lives a healthy and satisfying life.

Where does the Andalusian horse come from?

The Andalusian horse is a light horse breed originally developed in Andalusia, Spain. Another nickname for the breed is Pura Raza Espanola (PRE), which means ‘Pure Spanish horse.’ This majestic breed was created by crossing Portuguese Iberian horses with native horses in Spain.

The Andalusian breed’s origins began thousands of years ago. He inherited after his parent, the Portuguese Iberian, which was a valiant warhorse. Because of the Pure Spanish horse’s nimbleness and speed, he quickly became a favourite of armies and European royalty.

The Andalusian horse is closely related to his Portuguese counterpart, the Lusitano. To this day, the breeding of PRE continues. He is very popular in areas of southern Spain, around Cordoba, Seville, and Granada. Get your very own PRE here.

As a light breed, a fully matured Andalusian horse weighs around 412–512 kg and measure up to 156 cm. He possesses a convex profile with a compact and powerful build. He has an arched neck with a huge head and chiselled cheeks. His shoulders are elongated and sloping, whilst his haunches are sleekly curved. He has well-muscled and round hindquarters.

The most common coat colour of the Pure Spanish horse is grey. However, there are numerous colour variations of the breed’s coat including black, buckskin, chestnut, dun, and palomino. Some colours such as pearl and cremello are considered to be extremely rare.

How to care for an Andalusian horse

Grooming an Andalusian horse requires extra effort as he has quite a thick coat and mane. It is crucial to regularly detangle, condition, and brush his hair. This is to keep it healthy and free from mat.
Horse owners also have the option of braiding the Andalusian horse’s mane to minimise tangles. His tail can be tied up as well to prevent it from dragging on the ground.

Do not forget to check the Andalusian horse’s mane and tail for parasites and mites. Getting rid of them will keep him from rubbing and ripping off his hair.

After a ride, use a hoof pick to remove any crud sticking on his hooves. Choose a mild shampoo for your horse. Avoid shampoos that contain harsh chemicals that can deteriorate the quality of his coat, making it lose its sheen.

What are the uses of the Andalusian horse?

The Andalusian horse is a flexible breed that is highly capable of doing a wide range of work. He is an excellent mount for trail riding, classic dressage, driving, jumping, eastern pleasure, and western pleasure. In Spain and Portugal, he is commonly used as a bullfighting mount. Because of his striking and elegant stature, the Andalusian horse is a favourite pick for demonstrations and parades.

Are Andalusian horses good for beginners?

The Andalusian horse is mild-mannered and intelligent, which makes him seem like a great mount for beginners. However, his gait that includes forward movements can be quite difficult for new riders to handle. Thus, the Andalusian horse is better off with intermediate to proficient riders.

What to feed an Andalusian horse
The Andalusian horse is prone to metabolic problems, thus, his daily meals should be closely monitored. Feed him with high-quality hay, oats, and fresh grass. His diet should be supplemented with grains as well. Giving of treats such as fruits should be done in moderation.

It is recommended to limit him from excessively grazing to prevent the risk of digestive upset. Freshwater should be available throughout the day, especially during hot days. This will keep the Andalusian horse from getting dehydrated or at risk of heatstroke.

How long does an Andalusian horse live?

The average lifespan of an Andalusian horse is around twenty-five years. Ensuring that his daily basic needs are met is one of the simplest ways to keep him healthy and happy. Get him regularly checked by the vet as well to guarantee that he is free from diseases. The following are the most common health issues in Andalusian horse breed that you should be wary of:

How much does an Andalusian horse cost?

You may need to pay about £70 for each session of vet check-up and dentist check-up. Deworming fees cost £40–£105. Charges incurred for trimming and shoeing can range from £225 to £765 each year.
Getting an Andalusian horse insured will require you to pay at least £20–£40 a month. Click here to search for the best Andalusian horse for you.

The winter season does not only bring in a festive ambiance and cold weather. It also drags along a number of threats that can endanger our dog’s … END_OF_DOCUMENT_TOKEN_TO_BE_REPLACED 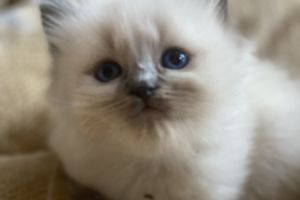 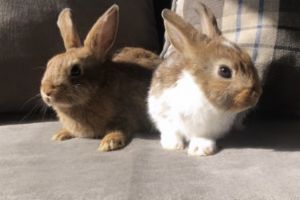 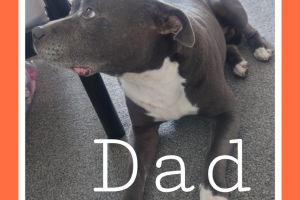 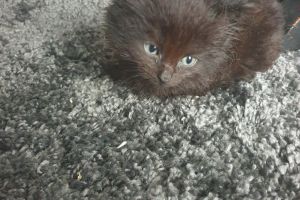