As his name states, the Arabian horse was first created in the Arabian Peninsula. This light horse breed is greatly favoured by many horse enthusiasts for his strong endurance. He stands between 60 and 152 cm, whilst he weighs approximately 360 to 450 kg.

The Arabian horse does well in long-distance riding competitions. Although he has a friendly and people-oriented nature, he tends to be too vivacious and bold for beginners. Intermediate and expert riders can be great partners with this horse breed.

The Arabian horse can live between 25 to 30 years. However, he is susceptible to several health conditions. Regular vet check-up is necessary to prevent him from developing any diseases.

Where did the Arabian horse originate?

The Arabian horse is one of the oldest purebred horses in the world. He is believed to exist around thousands of years ago and was first developed in the Arabian Peninsula. He has largely contributed to the development of the modern breed of light horses including the American saddlebred, Morgan, quarter horse, and thoroughbred.

The Bedouin tribe is considered to be the first breeders of the Arabian horse. They were highly fond of the breed that they even carefully kept ancestral records, which are now known as pedigrees. Mohammed, the famous Islamic prophet, highly valued the breed which made it a sacred animal. The importation of the Arabian horse spread throughout the globe as Muslim religion spread out.

It did not take long for him to reach and grow in numbers in England, North Africa, France, and Spain. The Arabian horse is commonly used as a travelling horse, war mount, and load hauler. Some historical figures were also known to keep him such as Alexander the Great, Genghis Khan, George Washington, and Napoleon Bonaparte.

It is a light horse breed with a compact but well-built body. The average height of the Arabian horse is between 60 and 152, cm whilst his average weight may range from 360 to 450 kg. He has a small head, huge nostrils, and bulging eyes.

The Arabian horse possesses a short back with strong legs and slender hooves. The most distinctive trait of the breed’s appearance is his high tail carriage and his arched neck. The hairs on his mane and tail are thin and glossy.

The Arabian horse breed’s skin is naturally black, which protects him from the heat of the sun. The breed’s coat colours come in bay, black, chestnut, and roan. On his face and legs, there may be a presence of white markings.

How to care for an Arabian horse?

Brush and comb your horse regularly each week to keep his coat clean and tangle-free. Use a detangler on his mane and tail to easily get rid of mat. When bathing him, opt for a mild shampoo as harsh ones can dry out his skin and coat.

During the winter season, switch to using a dry shampoo. Take this time to check for any injuries and presence of bloodsucking parasites. Do not forget to clean out debris and mud from his hooves using a hoof pick.

What are Arabian Horses known for?

The Arabian horse is popular for his high-level endurance. He excels in long-distance riding competition and can withstand long travels under the scorching heat of the sun. Aside from these feats, he is also a wonderful choice of breed for dressage. The Arabian horse also proved to be very useful in ranch work and pleasure riding.

This horse breed is smart, affectionate, and devoted, but has a hot-blooded personality. He can be quite challenging to handle for beginners. So he fits well with individuals who have enough experience to train him.

Despite this drawback, the Arabian horse loves to interact with people compared to other horse breeds. Through consistent efforts in training, he will grow to be a sociable and skilled riding horse.

What do Arabian Horses eat?

Provide your Arabian horse with a diet packed with carbohydrates, fats, proteins, vitamins, and minerals. His daily meals must consist of fresh grass, hay, oats, and grains. Limit the number of treats such as fruits since it can cause digestive upset and excessive weight gain.

The Arabian horse requires less feeding than other horse breeds as his predecessors lived in deserts with only scant food availability. Freshwater provided to him each day, especially on hotter seasons. Doing so will prevent dehydration and heat exhaustion.

How long does an Arabian horse live?

The Arabian horse breed can live between twenty-five to thirty years old, provided that his daily needs are met. Keeping track of his health is important as well, since catching diseases have adverse effects on his well-being. Make sure that regular vet check-up is incorporated in his routine to safeguard him from health problems. The list below contains the most common illnesses of the Arabian horse that you should know:

How much is the Arabian horse?

Fee for vet and dentist check-ups is about £70 each session. Prepare £40–£105 for deworming fees. The total cost that you may incur for trimming and shoeing is approximately £225–£765 a year. Getting your Arabian horse insured will require you to pay around £20–£40 a month.

The Essential Guide to Horse Healthcare

The Essential Guide to Horse Healthcare

Many dogs love bananas. Can cats have bananas too, or should pet parents keep these fruits to themselves? Evaluate the benefits and risks of feeding … END_OF_DOCUMENT_TOKEN_TO_BE_REPLACED 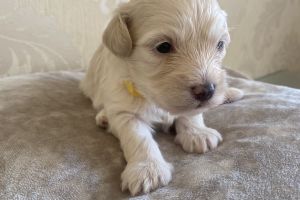 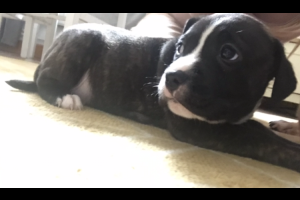 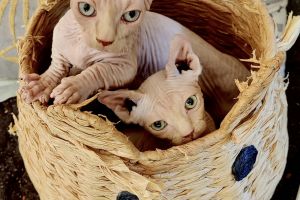 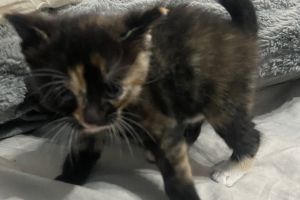