Are dogs color-blind? Whilst it is true that dogs don’t see colors the same way as we do, their range of color perception is not limited to black and white. So let’s learn about dog vision and find out what colors your canine friend can and cannot easily see.

The Beginning of the Misconception

So, where did this black-and-white theory come from? The belief stems from the National Dog Week founder Will Judy.

His 1937 training manual surmised that canines have poor eyesight, which keeps them from perceiving other colors. Thus, they can only see tones and shades of black and gray.

Researchers in the 1960s further perpetuated this misconception of color vision in dogs. According to their hypothesis, primates are the only mammals with the ability to perceive color. However, they lack hard evidence to back up these claims.

How do scientists know that dogs are color-blind to only a set of colors? A group of Russian scientists conducted an experiment in 2013. It tested whether dogs can distinguish an item due to its brightness or due to its type of color.

The results after 10 tests show that each dog picked the color-based choice 70% of the time. This indicated that they memorised the paper’s color instead of its brightness. The experiment subverted the theory that dogs can only see in black and white.

Dog Vision: How Is It Different from Ours?

After the study conducted by the Russian scientists, other experts followed suit. They examined the difference between the eyes of dogs and humans. It has been discovered that many of the answers lie in the retina.

This part of the eye contains specialised receptors called cones, which help distinguish color. Scientists found that humans have 3 types of cones, whilst dogs only have 2.

This means we can perceive 3 color combinations, respectively red, blue, and green, making us trichromatic. On the other hand, dogs are dichromatic as they only possess blue and yellow-colored vision.

So, are dogs completely color-blind? No, they are not entirely color-blind. However, the receptors in their eye work by identifying only certain wavelengths of light. It hinders them from properly distinguishing some types of colors.

Understanding the Range of Color Spectrum in Dogs

As mentioned above, yellow-blue dichromatic vision dogs have a limited perception of color. They can be compared to a person with a red-green type of color blindness.

Dogs can quickly spot various shades of blues and yellows. However, when it comes to reds and greens, distinguishing these colors will be difficult.

Many pawrents ask: “What colors do dogs see?” Like we said earlier, blue and yellow dominate the dog’s color vision. However, varying shades of gray, brown, black, and white are also more visible to canines.

Other frequently asked questions are: “What colors are dogs color-blind to?” and “What color is hardest for dogs to see?”

Colors closely related to red and green are challenging for dogs to perceive. These include pink, scarlet, purple, and turquoise. Due to dogs’ red-green color blindness, these colors will look like brown and gray scales to them.

Dog Color Blindness Is Not a Hindrance

Do not feel sorry for your dog’s color blindness. Their ability to clearly differentiate colors might not be the best. However, they have several wonderful qualities that make up for it.

Dog’s eyes have more rod cells, allowing them to spot small movements even at a faraway distance quickly. They also have excellent night vision. Underneath their retina is reflective cells, which form the tapetum. It gives them better vision in dim-lighted areas.

Let us not forget that dogs also have a keen sense of smell. They have around 150–300 million scent receptors, and a large part of their brain is dedicated to analysing scents. Scientists conclude that their noses are 10,000 to 100,000 times more powerful than a human’s.

Dogs’ hearing abilities are phenomenal too. Humans can only hear frequencies around 64–23,000 Hz, but dogs can detect higher frequencies up to 67–45,000 Hz.

Use Your Dog’s Color Blindness to Your Advantage

Now that you know the truth behind dog color blindness, take this as an opportunity to create a more dog-friendly environment for your dog.

When choosing dog toys, make sure they are in the colors blue or yellow. This will make it easier for him to spot these items on the green grass when playing outdoors.

This is also a smart approach when choosing dog training equipment and clothing. Many dog trainers use this tactic in their practice. It makes them stand out visually, which helps dogs spot them easily and follow their commands without delay.

Many rare dog breeds have gone to near extinction in the past, leaving them few in number. They are so scarce that estimations can only be made about … END_OF_DOCUMENT_TOKEN_TO_BE_REPLACED 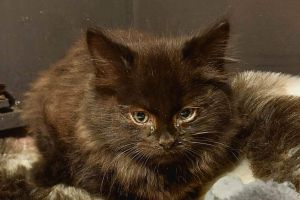 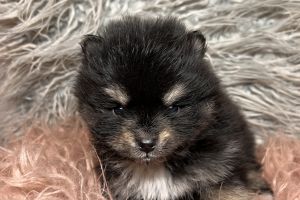 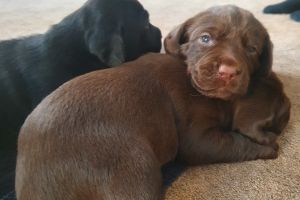 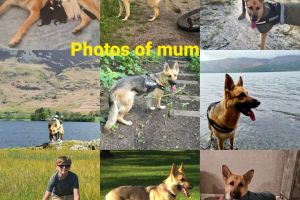