Chewing is a normal behaviour in puppies as it is their way of exploring and learning their surroundings. Unfortunately, most puppies don’t have impulse control and often chew a hole into everything. Let’s discover the most common causes behind this behaviour and foolproof ways on how to stop a puppy from chewing.

Do puppies grow out of chewing?

Yes, most puppies will outgrow chewing since it is usually caused by teething. Now, you may be wondering: “How long does the puppy chewing stage last?” Puppy teething begins when young pups are between 3 and 6 months of age.

Expect your furry companion to have increased chewing urges around this time. Once all his baby teeth have fallen out and replaced by adult teeth, his chewing will gradually stop as there is no more discomfort with his gums.

Young dogs ages 6 months to one year are also prone to chewing. This behaviour is driven by their curiosity to explore the world around them. They can grow out of chewing too, so long as their owners don’t encourage the behaviour from becoming a habit.

Some young and adult dogs with periodontal problems such as tooth decay and misaligned teeth may resort to inappropriate chewing as well. They do this to ease the pain and discomfort in their gums and teeth. The best way to prevent this problem is by getting your puppy’s teeth checked by the vet and cleaned regularly.

What are other causes of inappropriate chewing?

Most dog breeds from the herding, hunting, and sporting groups may not stop chewing since they were bred to be this way. For instance, Retrievers were purposely bred to pick up and retrieve games, and herding dogs were specifically developed to nip and herd.

Inappropriate chewing often occurs if these dogs are not given proper outlets. Thus, they should be tasked with various chores to keep their mind and body busy.

Other causes of inappropriate chewing are fear, separation anxiety, lack of exercise, and boredom. Behavioural problems such as separation anxiety and fear-induced chewing often need to be addressed with a professional’s help.

Dogs chewing due to boredom and lack of exercise can be solved by simply ensuring that your dog’s daily physical exercise and mental stimulation are met.

How do I get my puppy to stop destructive chewing?

Are you tired of seeing your carpet full of chew holes? Is your furniture disfigured with gnaw marks? Here are proven methods on how to stop a puppy from chewing:

1. Keep a close eye on your puppy.

Supervision is one of the most important ways on how to stop a puppy from chewing. Work with your family and ensure that there is someone who can monitor your furry friend at all times.

In case nobody can supervise your dog, confine him inside a small room. Make sure to remove anything he can chew and destroy from the area, like your shoes and socks. Or you can teach your puppy to be crate-trained.

Just note that your puppy should not be left beyond 8 hours. If most of the family members will be away for long periods of time, get a pet sitter to monitor your puppy.

2. Do not engage in contact play with your puppy.

Avoid any games that involve close contact with your puppy, such as roughhousing and wrestling. These activities will encourage mouthing and chewing behaviours. Stick with fetch, tug-of-war, hide-and-seek, or scavenger hunt for dog treats.

3. Do not give him household items to chew on.

If you have old shoes, worn-out socks, and discarded cushions, don’t use them as your puppy’s chew toy. Our furry companions cannot tell the difference between old and new items. It will greatly confuse him if he is allowed to chew on an old slipper but reprimanded when gnawing on a new tennis shoe.

4. Give your puppy dog-safe toys.

One effective solution on how to stop a puppy from chewing the wrong things is providing him with lots of dog-safe toys. It should be the right size for your pup to avoid accidental choking. Check the dog toys and chew toys for dangerous fillings such as polystyrene beads and nutshells, as these are highly indigestible.

Also, be sure to remove any ribbons, eyes, strings, or other parts that can be chewed off and swallowed.

Test the chew toy’s firmness by pressing a thumbnail into it. If it doesn’t make a slight dent, it is a sign that it’s too hard for your puppy and may break his teeth. Never give him animal bones, hooves, and antlers since these can also damage his teeth.

Always check the condition of your puppy’s toys. If small pieces are beginning to fall out of the toy or the toy has become too small for him, it is time to replace it with something new.

5. Distract your puppy whenever he is chewing an item.

Interrupt inappropriate chewing behaviour by making a loud noise. To do this, shake a can filled with rocks or beans. Then remove the item he is chewing on and replace it with an appropriate chew toy.

Some puppies may not be easily enticed by this. So lightly smother a dog-safe peanut butter on the chew toy to interest him in playing with it. Do not forget to praise him when he redirects his attention to the toy.

6. Let your teething puppy chew on a cold and wet washcloth.

This is very helpful in relieving the pain and discomfort of his gums. Just make sure to supervise your puppy to keep him from swallowing any pieces of the washcloth. Other good alternatives are frozen fruits or vegetables, including carrots, apple slices, and bananas.

Some dog owners give ice cubes for their puppies to chew on. However, this is not advised as it can crack his teeth. Opt for small ice chips instead to lower the risk of any teeth damage from happening.

7. Groom your puppy when he is tired or sleepy.

Inappropriate chewing behaviour can manifest during grooming sessions. That’s because he is not yet used to being handled. Hence, it is best to get your puppy exhausted before grooming him.

Make sure to keep the session short too. He will be less likely to be stressed and will lower the chances of mouthing and chewing from occurring. Whilst grooming your puppy, give him a chew toy to keep him busy. You can also ask help from a family member to keep him distracted whilst you are grooming him.

What repels dogs from chewing?

Another idea that you can try to stop a puppy from chewing is by using a deterrent spray. Certain types of fruits can repel a dog from chewing. Vinegar and citrus have a strong taste that makes them detestable to dogs. Cayenne pepper is also a good dog deterrent because of its spiciness.

Learn how to create home-made deterrent sprays using these items by following the directions below:

Make sure to let your puppy taste the deterrent first before using it. This will allow him to identify the scent and taste of the spray. Once he smells it in certain items in your home, he will avoid them.

Introduce the deterrent by spritzing a small amount of it on a cotton or a tissue. Then let your puppy taste it. Pay attention to his reaction. Dogs that are averse to the taste will usually drool, gag, or shake their head. You might feel this is harsh, but don’t forget your pup has the freedom to stop chewing at any time.

If your puppy doesn’t show a negative reaction, he might like the deterrent’s taste or smell, so try using a different one. Avoid using the spray directly on your puppy as it may irritate his eyes, skin, or nose.

Is Rawhide for Dogs a Safe Chew?

Is Rawhide for Dogs a Safe Chew?

Are slugs poisonous to dogs? The answer to this question is not cut-and-dried. Many types of slugs do not create dangerous toxins in their body, but … END_OF_DOCUMENT_TOKEN_TO_BE_REPLACED 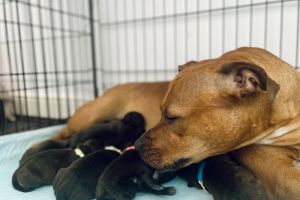 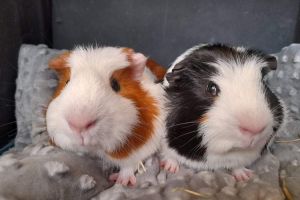 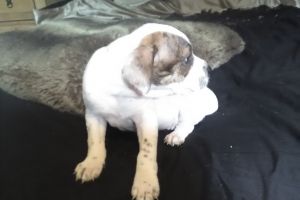 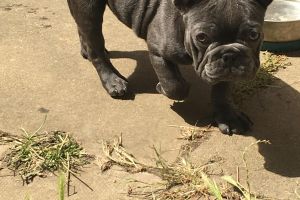