Doxies’ looks are hard to miss!

They boast a cylindrical long body that stands very close to the ground with their short legs and muscular paws. As one of the toy breeds, a mature miniature dachshund can weigh between 3.6 kg to 5 kg and stand between 13 cm and 18 cm.

The Miniature Dachshunds are low-maintenance pets.

The long-haired dachshund requires regular combing or brushing, whilst the other two do not demand much grooming. Dachshunds are below-average shedders. Smooth-haired miniature dachshunds may not need as much grooming but will need the comfort of a coat or sweater during the winter season or cold weather. Be sure to keep their eyes clean and free from hair or dust.

The miniature dachshund breed is filled with energy.

They have retained their hunting instincts to chase anything that catches their attention, especially a tennis ball, at top speed. Dachshunds race incredibly fast.

They also love a good snuggle.

As much as they love a good workout, miniature dachshunds also enjoy napping. They can be a bit lazy if you let them be. It is important to encourage them to exercise regularly or play indoor games for their mental stimulation and fitness.

They love the sound of their own.

Miniature dachshunds are likely to bark relentlessly especially at the sight of strangers. With time and effort, you could train your dog out of it. Dachshunds owners normally experience plenty of conversations with these little ones.

The miniature dachshund breed is known to be loyal and loving.

Do miniature dachshunds make great family pets? Positive! These mini pooches are loyal companions and are known to being very attached to their owners.

Because of their sense of protectiveness, they make good watchdogs. However, this trait may have been acquired along with jealousy.

Obesity is a common problem in miniature dachshunds. They tend to overeat, which potentially will lead to many health issues such as dog diabetes.

As such, dachshund owners should be strict with the dog’s diet. Thus, they should not be overfed. Regular exercise also helps diminish this problem.

Minis are prone to having complications on their back.

Obesity is one problem that can lead to other health complications that affect the canines’  spines and joints. Both standard and miniature dachshund breeds are susceptible to spinal injuries due to their body build. As such, even upon carrying a mini dachshund, it is important to hold it with care and caution.

Tip: Reduce activities that require your miniature dachshund to jump frequently on furniture and stairs. Such actions may lead to excessive strain on your dachshund’s back.

Minis can be a bit difficult to train.

These little pups can put a smile on your face with their entertaining antics, but there are times the miniature dachshund breed can be a bit stubborn. During training, it is very important to be patient, consistent, and firm in every command. Let your doxie understand when he exhibits any bad behaviour. Being too lenient with this breed may lead to future behaviour problems.

Miniature dachshunds have a long lifespan.

Miniature dachshund can live as long as 17 years provided that they are tended with proper care and diet. This is a sturdy breed but is known to suffer from hereditary and congenital health issues mostly caused by their bone structure. Upon noticing apparent signs of any health issues, your pooch must be checked by a veterinarian.

Socialising adult dogs may seem like a daunting task as some full-grown pooches are set in their ways. However, all hope is not lost. There are many … END_OF_DOCUMENT_TOKEN_TO_BE_REPLACED 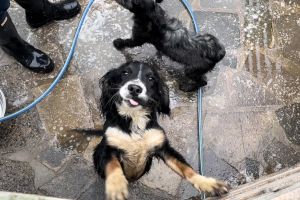 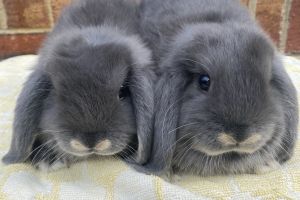 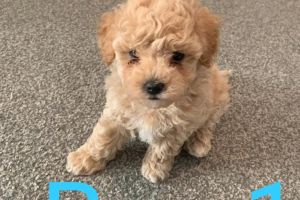 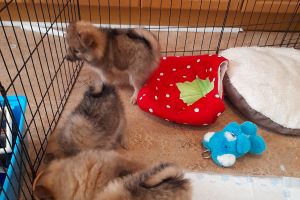