Neutering/Spaying is a surgical procedure that removes a considerably large part of the animal’s reproductive organ. When rearing bunnies, it is necessary to neuter/spay them so that they can live together in pairs or in groups. The procedure prevents diseases and unwanted pregnancies.

Is rabbit neutering procedure painful? During surgery, the rabbit is anaesthetised so it does not feel pain. After surgery, there may be some discomfort, but with pain management medication, the rabbit will not experience pain. In most cases, recovery lasts within a few days if there are no complications.

Neutering (male) and spaying (female) rabbits have several advantages. If you have a mixed-sex pair of rabbits, the procedure is necessary for their own welfare.

Further, rabbits kept in pairs are best reared neutered especially for mixed-sex genders. When kept unneutered, they are more likely to harm or fight one another. In other words, their years of survival are increased without the manifestation of sexual aggression.

Neutering/spaying procedure usually helps make litter training easier. They are less likely to display territorial behaviours and any other undesirable deeds if they are neutered/spayed.

In a mixed-sex pair, if the male is not neutered and the female is spayed, the unaltered male will make multiple attempts to mount the female, which ends up in a fight. This can be stressful for both rabbits. If it is the other way around, the female rabbit may have repeated false pregnancies, which will possibly stimulate aggressive behaviours.

Tip: Mounting may still be observed in neutered pairs as a display of dominance rather than reproduction. Female rabbits may mount the male rabbits to show their dominance.

How much does it cost to get a rabbit neutered? The consultation is estimated at £30 upwards, whilst the procedure costs £80–£100. However, the costing may also vary in terms of the location, the gender of your rabbit, and veterinary practices. Remember that expertise does not rely on the most expensive vet clinics. Instead, consult a vet with a proven track record in neutering/spaying rabbits.

When is the right time to neuter/spay a rabbit?

A rabbit owner must first discuss neutering/spaying with a vet. The rabbit’s age and health condition are taken into account prior to surgery. Rabbits can be neutered as soon as they are sexually mature. At around four months of age, females may start to sexually mature whilst males’ testicles may descend in about three to half months of age. However, most vets would recommend waiting until they reach six months old.

Have you considered neutering/spaying your rabbit? Don’t forget to spread the word to other pet parents that you know!

Around 130,000 dogs are sent to dog rescue centres each year in the UK in hopes of finding forever homes. Help them start a new and fruitful life by … END_OF_DOCUMENT_TOKEN_TO_BE_REPLACED 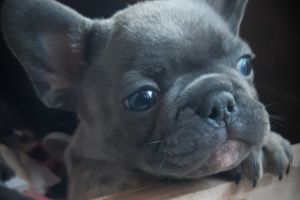 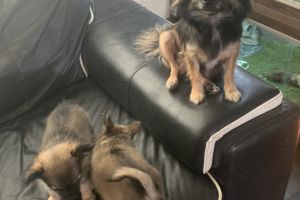 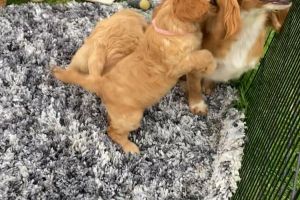 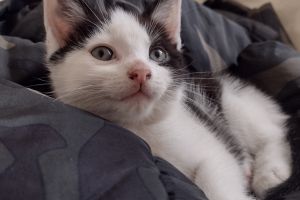