7 Most Asked Questions About Racing Pigeons and Pigeon Races

Pigeons are versatile domesticated birds that are capable of flying at altitudes of more than 6,000 feet. They can also fly as far as 600–700 miles. Their incredible skills made them indispensable carriers and messenger birds throughout different eras of mankind. It is no wonder that racing pigeons have become quite popular in modern times. Continue reading to learn more about these wonderful birds.

What are racing pigeons?

Racing pigeons are specially trained homing pigeons that are known for their powerful homing instincts. They come in a variety of colours. The most common are blue and white.

Racing pigeons are used for pigeon racing. It is a sport that has become a long enjoyable British past-time.

These competing birds are released far away from their homes, and they race back to their home lofts. The fastest racing pigeon that arrived home is declared the winner. Some racing pigeons have an average speed of more than 90 miles per hour (145 km/h) in races.

When did pigeon racing start?

The earliest recorded use of messenger pigeons can be dated as far back as ancient Egypt. However, they were only introduced in Britain in the 18th century.

Racing pigeons were vital possessions used to transport important, timely messages during the First and Second World Wars. This was, of course, before the development of postcards and emails.

In the 19th century, keeping racing pigeons turned into a competitive hobby as the sport became popular in Belgium. Pigeon racing also gained popularity in the UK.

In 1894, the first national race was held in La Rochelle. 384 racing pigeon fanciers signed up for the race and sent a total of 610 competing birds. 2 years later, the National Homing Union was established in Leeds.

In 1972, the British Homing World Show of the Year, an annual event wherein British fanciers of racing pigeons gather, took place in Doncaster. Today, there are currently 60,000 pigeon fanciers in the UK, and 42,000 of them look after and race British pigeons.

How does pigeon racing work?

In the old times, racing pigeons were released in the same station to reach their homes on their own. They will be carrying rubber rings that contain a racing clock. Upon arrival, race leg rings will be removed and deposited through the post office.

With the advancement of equipment using the Electronic Timing System, the time of arrival of racing pigeons will be mechanically recorded as soon as the birds arrived in their homes. An electronic scanner will be set up in the loft entrance.

The course destination of pigeon racing can cover short, middle, and long distances. Generally, racing pigeons may need to fly between 75 and 500 miles in the distance.

There are two seasons under pigeon racing:

Why are racing pigeons so expensive?

Back in the day, racing pigeons were not extremely expensive. That’s because pigeon racing was a popular hobby amongst people in the working class.

In the 1880s, the best racing pigeons cost around £5–£20. However, after the sport became wildly popular in China, racing pigeons’ prices skyrocketed as countless fanciers invest large amounts of money for these birds.

However, several seasoned pigeon fanciers believe that owning a swift racing bird does not have to cost millions. It all boils down to how much time and effort are put into training and caring for these birds.

Read: Getting Insurance for Exotic Pets

Do racing pigeons get lost?

Yes, racing pigeons do get lost despite being highly skilled navigators. There have been several reports of competing birds suddenly disappearing during pigeon races.

Some believe that this unfortunate occurrence is due to bad weather, fatigue, or injuries. There is also the possibility that some lost racing pigeons have become prey to wild or stray animals.

Others choose to approach this question with a scientific outlook. They speculate that racing pigeons become lost due to radio signals, radar’s magnetic pulse, or aeroplanes. These factors may have disoriented the birds whilst racing.

What do I do if I find a racing pigeon?

It is natural for racing pigeons to take breaks during their journey. Did you happen to find one outside your home? Check the bird’s leg first. Racing pigeons will have a rubber ring on their leg. If the bird doesn’t have one, it is more likely to be a wild bird.

After you have confirmed that the bird is a racing pigeon, here is what you should do:

Pigeon racing has raised the brows of many people. They state that racing pigeons do not possess survival skills since they are bred by humans. Hence, these birds lack resourcefulness, unlike their wild counterparts, to fend for themselves during harsh conditions.

On the other hand, racing pigeon fanciers rebut that their birds’ welfare is their top priority. They ensure that they are properly housed, well-fed, and trained. Their racing pigeons’ health is also checked to prevent the dangers of passing on any harmful diseases to other racing pigeons.

Owning a bunny entails knowing the potential deadly rabbit diseases they are vulnerable to. By understanding the causes, symptoms, and possible cures … END_OF_DOCUMENT_TOKEN_TO_BE_REPLACED 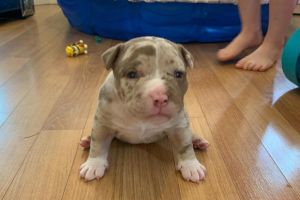 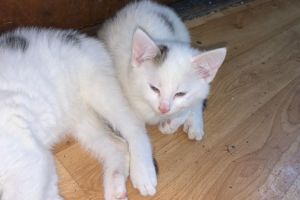 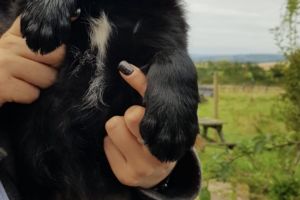 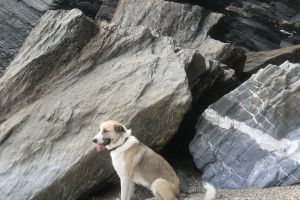