Why should you carry out puppy crate training? One, it is an effective tool for house-training your pup. Two, it makes putting your little friend in a carrier an easier task. Third, it serves as your dog’s ‘den’ or territory that he can call his own. Canine pets, after all, are den animals.

Crate training is indeed a versatile tool and should be seen as such. Puppies themselves have no preconceived perceptions of this type of containment. When done right, training your puppy to take to the crate will be a positive experience. To make that happen, avoid associating the crate with negative things, like punishment and lengthy detention. Do not use it as punishment or lock your furry friend in it for too long.

Think of the crate as your pet’s safe place, his haven. When you consistently keep this in mind, you exude the right energy that helps make puppy crate training successful. That being said, here are the steps on how to crate-train a puppy fast.

The dog crate itself must be appealing. This means it should be of the right size and with some extra room so your pet does not feel cramped. It should have soft bedding and a toy or two.

Adding one of your used shirts into the crate can also make the containment feel more familiar and comfy. Avoid this option, though, if your pup likes to chew fabric. Drape a towel or spare cloth over a part of the crate to make it feel like a canine den. The key here is to associate the crate with positive things so your pet will readily take to it.

Where should you put the crate? Ideally, it should be placed at a part of your home that he frequently visits. It should be safe and not located in a high-traffic area.

2) Introduce your puppy to his den.

Give your pup time to get familiar with the crate. Leave the crate door open during this phase, even when he does get in and lie in it. Let him sniff and explore it on his own. If you put a toy all the way inside, especially one with treats in it, he is likely to step inside.

Every now and then, put in a small treat in the crate without your puppy noticing. These surprises can help strengthen the positive association to the cage.

Also, you can start putting his food at the innermost part of the crate during mealtime. If your pooch is hesitant, put it halfway in or nearer to the entrance. At subsequent feeding times, keep pushing the food bowl a little further in.

Once your pet manages to eat his food whilst all the way back in the crate, start closing the door. For the first few instances, close it for a few seconds. With each meal, lengthen the closed-door times by a few more seconds or minutes.

If your dog complains, open the door and shorten the duration of the closure on your next attempt. If he still whines, wait until he is silent before opening the door.

3) Lay the crate training foundation in one whole weekend.

It may take days or even weeks for young dogs to take to the crate. If you want to speed up the process, concentrated effort is needed. When done well, your pup may be comfortable enough in the cage in just one weekend. You may even be able to have him go inside on command. That being said, introduce the crate as the weekend starts so your furry friend will be adequately adjusted by Monday.

Once your puppy shows interest in the crate and even goes in and out of it, do the following steps:

A few hours afterwards, you can do the following to take your pup’s training up another level:

If your dog seems uncooperative during the second training session, return to the steps in the first session. Move on to the second phase when your pet is more confident in going inside the crate for treats.

4) Teach your puppy to stay in longer.

The sessions described in point #3 should be done in the middle of the weekend (Saturday). Ideally, the two sets of training steps below should be done on the last session of the day.

To help your pet learn to stay in with a closed door:

If your dog becomes anxious when you close the door, close it halfway on the next attempt within the first ten repeats. In the second set, close the door fully.

Do the following to train your pet to learn to stay in a closed cage whilst you are out:

As you repeat these steps, increase the distance and duration of your departure. Your dog will be gradually comfortable being left in the crate by himself.

Tip: Ignore your pet when he whines. Give him a treat when he stops. This teaches him that nothing happens when he complains, but being silent earns him a reward.

How long should you leave your puppy in the crate?

If your pup is eight to ten weeks old, you can let him stay in for thirty to sixty minutes at a time. If he is eleven to fourteen weeks, one to three hours is recommended. If he is fifteen to sixteen weeks old, three to four hours. If he is seventeen weeks or older, you can leave him in for four to five hours only.

Learn more training tips for a better behaved pet by checking out our how-to blog about pet dogs!

5 Things to Check When Choosing a Dog Boarding Kennel

5 Things to Check When Choosing a Dog Boarding Kennel

Many dogs love bananas. Can cats have bananas too, or should pet parents keep these fruits to themselves? Evaluate the benefits and risks of feeding … END_OF_DOCUMENT_TOKEN_TO_BE_REPLACED 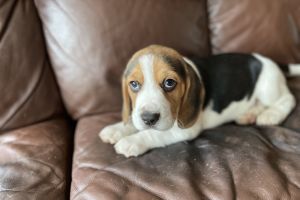 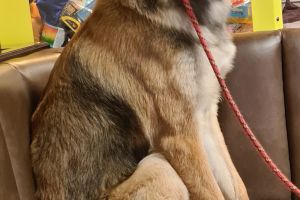 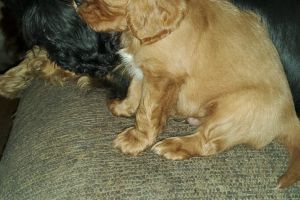