Thinking of buying or adopting a Siberian?

The Siberian cat is from the tundra of Siberia in Russia. Also called the Siberian Forest Cat, it is one of the oldest feline breeds in the world. It is also one of the largest domesticated cats. Its stunning coat, soulful eyes, glamorous look, and gentle nature have earned the Siberian cat many fans. It is also less likely to trigger allergies as it generates less of the protein known to cause reactions in humans.

Good with children, this feline is a great family pet and gets along with humans of all ages. However, its thick coat sheds much especially as the seasons change. Nevertheless, this healthy cat is a smart and playful creature that is happy to settle on your lap and purr softly.

It has been said that the first references of the Siberian go as far back as 1,000 AD. Some records date back to the 13th century. Both indicate that this cat breed is an ancient one. Like other old breeds such as the Maine Coon and Norwegian Forest Cat, the Siberian is a natural breed.

Although it has existed for over a millennium, the Siberian cat only began to be showcased beyond Russian shores in the late 1800s. This huge and striking feline was normally seen in the forests and streets of Siberia.

As the country’s borders opened, the official National Cat of Russia got slowly introduced to the world. Many started to domesticate these street/forest cats and even featured them at pet shows. It has been presented at cat shows in New York and England in the 19th century. However, it was only in 1987 that the breed’s standard was created.

In the 1990s, Siberian cats were exported to various parts of the globe, particularly the United States. In the UK, the majestic feline made its entrance only in 2002. Despite the late introduction, the Siberian quickly gained popularity in Britain.

This feline breed is one of the biggest ones in the world and is second only to the huge Maine Coon. Its average weight can range from 10 to 20 lbs, akin to that of a small dog, even bordering on medium-sized canine territory.

Although stocky, the Siberian is a surprisingly agile cat. It is a skilled jumper, able to reach great heights. Its head is big and proportionate to its large body. Its upright ears have a rounded tip and are spaced nicely. Its soulful eyes are large and oval and set at an oblique angle. This slightly upturned eye position is unique to this breed and lends it a foreign look. Although the eye colour could be any hue, Siberians with white patterns should only have blue or odd hues. Colourpointed varieties are expected to have blue eyes.

This breed’s rectangular torso is large and muscular. Its chest is broad and the neck is short. Its back is slightly arched, which allows it to jump to great heights. The tail, long and bushy, slightly tapers towards the tip from a broad base. Its legs are powerful and proportionate to its body. The back legs are rather longer than the front ones.

The Siberian cat’s semi-longhaired coat, which is its most distinctive feature, is dense and triple-layered. This very weather-resistant coat protects this feline against the harsh weather conditions of its natural Siberian habitat. It could be of any colour and pattern.

A test done in 1999 revealed that the Siberian cat has lower Fel d 1 levels. This protein is an allergen found in felines, particularly in the saliva and fur. This finding led to the belief that this cat is less likely to trigger allergies in humans.

The Siberian’s triple coat needs sheds much and should be regularly brushed to keep it in good condition.

This cat breed’s place of origin may be cold, but its heart is anything but. Affectionate, playful, calm, gentle, and a people lover, the Siberian cat temperament is doglike. It will follow its humans around the home and involves itself in their activities, even in reading. However, it is not clingy or demanding. It will greet its owner with quiet yet delightful chirps. It may be wary with strangers, though. It takes some time for this cat to warm up to new faces.

The Moscow semi-longhair, as it is also called, is playful and active. It will engage its owner in a game of fetch or leap from one high place to another. Its agile body and athleticism allows it to get itself in precarious positions. Although it usually does not break household items, owners should set fragile objects in secure places to avoid accidents. Further, this feline likes amusing itself with water, whether in a tub, from a faucet, or in its water bowl. As it is good with children and gets along with other pets, the Siberian makes a fantastic family pet. Owners will enjoy its playful nature to the hilt as this breed, due to its size, matures slowly than other breeds. It takes 5 years for it to reach full maturity.

The Siberian cat should be provided a nutritious diet that fulfils its nutritional requirements. It should be consistently given the same food following the same feeding times. If there are changes to its diet, those must be done slowly to prevent digestive problems.

The food portions should depend on the cat’s weight, age, and activity level. Its diet must include at least 25% protein and just 5% carbohydrates.

The Siberian Forest cat has an average lifespan of 12–15 years. Although she is a fairly sturdy breed, she is not immune to a few hereditary health risks. These include:

The Siberian Forest cat is more vulnerable to these health issues compared to other cat breeds. Regular visits to the vet can help with early detection as well as help her live a longer and healthier life.

The Siberian is a high-energy feline that loves to climb and sit on high places. She is a natural athlete with excellent jumping skills. This feline can take care of her exercise needs without your encouragement as she is always in motion. She can easily leap from one high point to the next.

A hunter by nature, the Siberian usually enjoys playing with mice toys or anything she can chase. The Siberian can also instigate games of fetch as she has doglike characters.

To keep your Siberian Forest from getting bored when left alone for a long period, surround her with various high-activity and mentally stimulating toys. You could also indulge her jumping skills by providing her tall cat trees and scratch posts.

For a well-bred Siberian kitten, prepare to spend about £150–£650. Average insurance expenses would cost £15 (basic) to £29 (lifetime) monthly. Food expenses may range from £15–£20 each month. For vaccinations, boosters, annual checks, and other veterinary costs, pet care costs may add up to more than £600 each year.

On average, a Siberian cat owner will spend about £40–£60 per month. The insurance costs can also affect this estimate. For its entire lifetime (12–15 years), the expenses can be as low as £5,760 to as high as £10,800 overall. This estimate does not include the initial costs incurred in acquiring this cat.

Are you sure the Siberian is the best breed for you? Take the Pet Breed Selector Quiz to find your perfect breed match.

Is the Siberian your purrfect match? Take our Cat Finder so you can find the most suitable breeds for you.

Cat Finder
Disclaimer:
The information, including measurements, prices and other estimates, on this page is provided for general reference purposes only.
Siamese
Singapura
Contents
Not the breed you're looking for? Click Here
Latest Stories

Dog breeds come in different price tags. However, a cheaper breed of dog does not mean you will get less for your money. We have listed down the 10 … END_OF_DOCUMENT_TOKEN_TO_BE_REPLACED 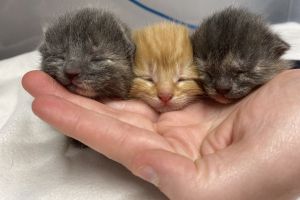 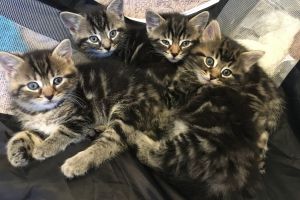 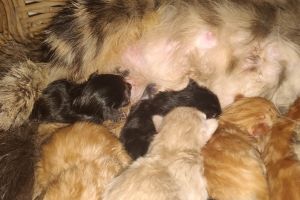 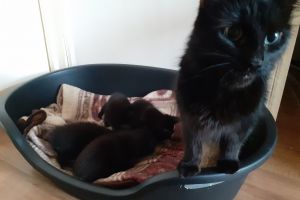