To create a nest for their little chicks, these birds collected fur from seemingly oblivious dogs. How exactly did these sly creatures manage to steal tufts of fur? We have compiled their stories for you to witness their daring and comical schemes.

Robin Coss Bailey, a resident in Durham, North Carolina, spotted a bird hovering on his pooch, Annie. The dog was languidly lying down on the porch whilst the bird kept pecking on her fur.

It became obvious that the courageous bird was collecting a bunch of shedding fur for its nest. Annie, on the other hand, did not seem to mind. Maybe the bird’s little pecks felt like a gentle massage since the pooch continued her snooze.

Bailey, who does not want to miss the heart-warming interaction, took a video of the two and posted it on Facebook. He captioned it with ‘What the heck! This bird is making its nest with Annie’s fur. She seems to be enjoying it.’ A few days later, the video went viral and has garnered more than 3.3 million views.

Another clever bird set his eyes on an easy target, Kodiak the dog. The old and sleepy pooch was idly sleeping outdoors when the bird started pecking her back for shedding fur.

After a few seconds, it started to hop away with its beak brimming with tufts of hair. However, it eagerly went back again after a short pause. After all, why waste a good chance of collecting unlimited fur?

The bird flew away only after good old Kodiak has woken up from her sleep—maybe because of the bird’s frenzied pecking. Who could blame her, though? Kodiak’s fluffy fur would make an excellent soft pillow for its little ones.

A chocolate Labrador has discovered a new lifehack by allowing a bird to rob him of his shedding hair. Not only does he get free grooming but a relaxing massage as well! The dog just lies down and let the bird do what it needs to do. Anyone can see that it was a total win-win situation for both of them.

Why the fur collection?

Birds love to collect a variety of hair aside from dog’s fur. They may also gather horse hair, human hair, and other animal furs to place on their nests. A canine’s fur provides a fluffy surface for the nestlings and it also protects them from the cold and rainy days.

As stated by the humane societies, pet fur is one of the most common materials used by birds in building their nests. Pet owners would usually brush their pets, remove the clumps of fur stuck on the comb, and leave it in the backyard as a present for the nesting bird. Aside from fur, you can also give them dry grass, shredded paper, pine needles, and dead twigs and leaves to help them create their very own luxury home.

Check out more interesting articles on our UK Pets blog! 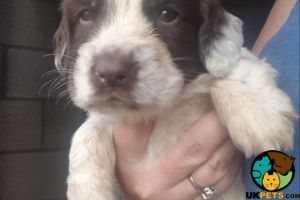 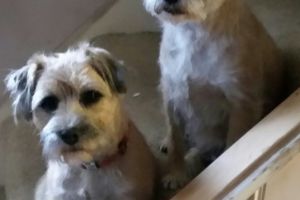 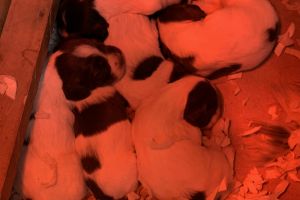