12 French Bulldog Facts that Will Blow Your Mind

French bulldogs are the number one favourite dogs for dog owners in both the UK and the US. Frenchies are famously known as the “clowns dogs ” because of their funny personalities and quirky appearance. However, there are more to this most loved breed than their looks. We have gathered 12 French Bulldog facts that guaranteed will blow your mind.

These adorable pooches love to lie on their stomach and stretch out their hind legs. The result? A perfect frog impersonation. In fact, they have proudly earned the title “Frog Dogs”.

One Frenchie named Gamin de Pycombe, owned by Robert W. Daniel, was on board the Titanic when the tragedy struck. Daniel was able to survive the disaster and lived until 1940. Sadly, the French bulldog did not share the same fate of his master. Witnesses saw poor Gamin de Pycombe helplessly wading on the icy waters.

The French bulldog was a champion in a dog show and was insured for $750, which is equivalent to more than $20,000 today.

Majority of Frenchies cannot swim. Although there might be some lucky pooches that can, it is best to avoid letting them swim.

Frenchies have short and lean legs and have respiratory issues that make it dangerous for them to be wading on the water. Also because of their flat faces, they have very short snouts which make them struggle to keep their faces above the water to breath.

If you do want to have fun with your pooch on the beach, it is best to let him wear a life jacket for safety.

Frenchies do not originate from France. These cuddly pooches’ roots can be traced back to ancient Greece. Their canine ancestor belonged to the Molossian Tribe and was later on bred into a mastiff.

A faction of that canine breed known as the Bullenbeisser became the “bulldog”. They were mainly utilised as bait bulls in England during the early 1800s.

When bull-baiting was illegalised, these canines were eventually domesticated. They were cross-bred with other breeds such as terriers and pugs to make a smaller dog breed. Some of these pooches were brought by lace workers removed by the industrial revolution and taken to France. They were later on bred by enthusiasts and became known as “Bouledogue Francais”.

Be careful when travelling with your Frenchie on an aeroplane. According to the American Veterinary Medical Association, Frenchies have a high chance of dying in aeroplane cargo holds.

Due to their smushy faces, a characteristic known as brachycephalic, they find it difficult to regulate their body temperature. The combination of temperature changes and stress in flying may cause their airways to collapse that would cut off the airflow.

Frenchies do not take criticisms well. Therefore, if your pooch has done something wrong, never scold it. He will only end up moping around the house because he feels ashamed and guilty.

The best way to motivate them is by positive reinforcement preferably by giving them treats as a reward. If your dog follows your command or learns a new trick, always reward him with praise or with food.

Hollywood loves French bulldogs. There were a number of Frenchies that were given the chance to be on the big screen. Frenchies are smart and easy to be trained. They showed off their charms on the movies “Secondhand Lions”, “From Hell”, “Titanic”, and “Bringing Down the House”.

The French bulldogs have reached a peak of popularity in the early 1900s. It all started when the French Bulldog Club of America rented a ballroom from the Waldorf Astoria luxury hotel in New York City in 1898 for a special breed show.

Since there was a large group of the press covering the event, the Frenchies became an instant hit with the Americans. It, later on, led to their popularity in 1913 when one hundred French bulldogs participated in the Westminster Kennel Club Dog Show.

Frenchies would love to spend a day trying to communicate with you. They would use a complicated system of gargles, yawns, and yips as a way to chat with you.

Because of Frenchies’ small size, it is difficult for them to copulate. Males would find it hard to reach females. They are also prone to overheating and exhaustion. That is why pet owners choose to have their Frenchies undergo artificial insemination.

Moreover, it is also dangerous for them to naturally give birth. Thus, several of them undergo a C-section.

No wonder why the French bulldogs are the most loved dogs in the world, Want to read more about this adorable breed, read the French Bulldog breed information.

Be updated with the most interesting pet stories by checking out our UK Pets Blog!

Search and rescue dogs are saving hundreds of lives each year. Do you plan to make your furry pal a part of this heroic brood? Find out if he has what … END_OF_DOCUMENT_TOKEN_TO_BE_REPLACED 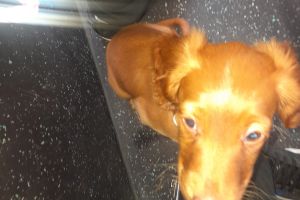 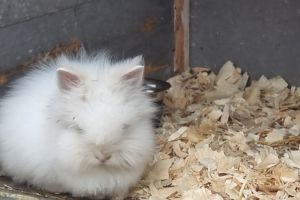 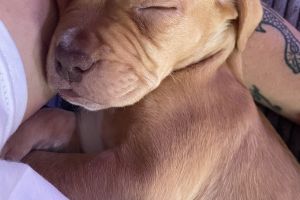 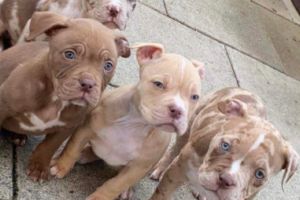