Dogs work as the full-time givers of happiness to us. Long before the modern ages, dogs serve as a reliable assistant in helping us hunt for food as well as protecting us from becoming dinner ourselves to predators. The relationship between two distinct species historically started as a mutual service and became something more of a pact of love.

We try so hard to understand dogs, but so do they.

Do dogs understand our language? New research gives us the answer through conducting an MRI scan to a dog’s brain as he listens to people. It was found out that dogs have the ability to use their brains similar to humans. They use the left brain to interpret speech, whilst the right brain is used to analyse intonation. With that, they are capable of understanding what their humans are saying.

Watch this video: https://news.nationalgeographic.com/2017/07/dogs-breeds-pets-wolves-evolution/
Further, they are motivated to understand human language to learn new words just to make their owners happy. Remember, they know when you are talking in a happy tone, and they desire nothing but to please their owners.

Your mere presence is rewarding enough.
A study by Erica Feuerbacher of the University of Florida and Clive Wynne of Arizona State University performed tests on three pet dogs. The test subjects were placed on various experimental conditions to answer whether dogs take the presence of their owners as the reward itself.

First test
The dog is placed in a room with only a chair, a desk, and a door, which give access to the living room. Each dog should learn to participate by doing something (for example, pressing a button) to earn access to its owner in the other room. Once achieved, they are rewarded with a one-minute interaction with their owner in the living room.

It was revealed that dogs are willing to learn a new task just to gain access to their beloved owner. Therefore, they consider being near their owner as a reward.

Second test
Next, they created the room to become attractive in the eyes of the dogs. They placed interactive and interesting toys for the dogs to play with. This results in a reduced number of attempts in gaining access to owners. In the end, all three still preferred to be near their owners half the time.

Third test
In addition to toys, a dog bed is placed in the room, which leads to different reactions to the test subjects. One dog chose to lie on the bed rather than performing tasks. Another pooch remains persistent to reach his owner, and the last dog is torn between the two options.

Fourth test
This time, dogs are made to choose between a plain room with showered attention from their owners or explore the entire house. Owners are tasked to enter the plain room just to sit and pet with their dogs. It is unsurprising that all three preferred to stay in the room with their owners. They find their owner’s attention rewarding enough for them to stay.

Fifth test
The final test is said to be the real question. Is the owner being near, even without giving them attention, enough to keep dogs happy?

At the final test, owners enter the plain room as if to work whilst ignoring the dog in the process. The dog is left with options between performing the task to access the entire house or stay with the owner even without any forms of social communication or attention. It was found out that all three wanted to be with their owners in the room most of the time.

The researchers arrived with a conclusion that dogs find their owners’ presence rewarding enough for them to perform certain tasks or even without further interaction between the two.

The love your dogs have for you is a selfless kind of love, which makes them hard to resist. ‘Your dog can easily read your body language and emotion, so don’t be surprised if your dog acts differently when you’ve had a bad day at work,’ says April Olshavsky, an AKC-accredited Canine Good Citizen Evaluator. ‘Similarly, when you smile at your dog, he understands that too.’

For those who hate baths

This explains why this little goldendoodle named Clark exerts such efforts to express his concern for his owner who is taking a bath.

He simply wants to comfort his owner even if he has to offer his toys.

Furry achievements in their furry world

For dogs that have been trying to catch their own tail, this pooch finally did it! And he wants his owner to be the first one to know.

Those sweet adorable eyes came out after ‘mother’ did a great job with house training.

Your number one faithful companion

Even if he has to stay all night just to catch Santa on Christmas Eve.

The Weimaraner breed is a majestic dog to behold. Nicknamed the Gray Ghost, with his sleek physique, beautiful silver-gray coat, and energetic … END_OF_DOCUMENT_TOKEN_TO_BE_REPLACED 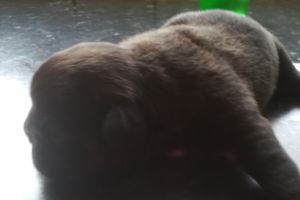 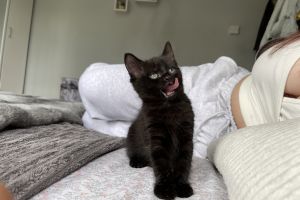 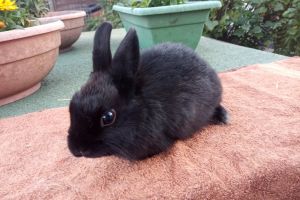 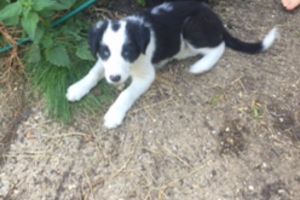