10 Fastest Dog Breeds and How They Are as Family Pets

The greyhound’s title as the “King of Canine Racers” is unquestionable with its long legs, smooth coat, and slender, lean, and lightweight body build. It seems this victorious breed is readily built for speed. On top of that, it is a sighthound with specialties on coursing game. It can reach a record-breaking speed of up to 40–45 miles per hour.

However, it is ironic that they are also dubbed as the 40-mph couch potato. Sure they can run incredibly fast, but this speedy pooch also craves lounging on sofas. If you will pick one as your furry companion, you will see it relaxing on the couch. It is believed that it can sleep for eighteen hours a day.

Further, this furry runner is one of the most non-aggressive breeds. They are tolerant to the idea of having children as company. To develop stronger bonds, both parties should know how to handle and interact with each other.

Want a greyhound? Just remember to take them out for sprint sessions every now and then to avoid destructive behaviours from developing.

Another sighthound on the list is the Saluki. This is a proud cousin of the greyhound, with 43 mph as its highest speed recorded in the Guinness Book of Records (1996 edition). They were initially bred to chase prey despite the distance and being in difficult grounds. With that said, Arab tribesmen bring them along when hunting gazelles.

Puppy training makes a significant role on how they will be as an adult. When introduced and socialised with young children whilst still a pup, a Saluki can grow up loving and respecting them. Once trust is earned, these dogs are likely to get territorial and protective of the children. Moreover, they make the best of pets when they have regular access to a very large fenced yard. This way, they are given the opportunity to run around as a form of exercise which helps address potential behavioural issues. Just remember that it should be high enough to prevent any escape from these brilliant jumper canines.

Want a Saluki? Keep in mind that these sensitive dogs can easily pick up feelings and emotions in their home environment. Make sure to shower them with your attention and love.

The stance of a Vizsla brings remarkable drive and power, which is expected from a hunting breed. They are believed to excel in hunting both in water and on land. This pooch is best suited for families that have active lifestyles. They make the best buddy for swimming and hunting escapades. They may not have an insulating undercoat like most water dog breeds, but they have webbed feet that help them swim fast.

Generally, Vizslas are adaptable to any type of environment such as an apartment or a large house either in the city or countryside. They are also known for their gentle approach even with small children.

Want a Vizsla? Do not forget to provide them with lots of regular exercise 1–2 hours a day to prevent any destructive behaviour caused by boredom.

For sure with a name ‘whippet,’ this pooch can easily whip around at a speed of 36 mph. With that speed, they still managed to run gracefully. The Whippet generally sports the look of a ‘skinny dog,’ but it is definitely not underfed. Do not let their slender bodies fool you. Whippets are known to scavenge for food, especially ones you have left unguarded even for a second.

Whippets are the usual company for seniors or people with disability. They are also believed to have a natural affinity for kids.

Want a Whippet? They may not be the fluffiest of all, but they love to have cuddle sessions with you.

Dalmatians are not only good actors in a Disney movie, but they are great runners as well. A Dalmatian is easy to distinguish from the others with its black spots all over its white body. Their remarkable appearance, as well as their great speed and endurance, earned their jobs as the only dog bred for ‘coaching.’ They used to run alongside coaches or stagecoaches and clearing crowds where the horses will pass.

This spotty pooch makes a good job being a family dog. They may be reserved towards strangers, but they are loving and loyal to their humans.

Want a Dalmatian? Give them regular exercise and they will make great companions.

Borzoi is another sighthound on the list that was originally bred to hunt running games involving wolves, foxes, and hares. With that said, it makes sense why they were named ‘Borzoi,’ which is an archaic Russian word for fast or swift. They are known to excel in tracking trials. A Borzoi in action can reach its top speed at 36 mph.

Borzois are sweet-natured canines, which makes them suitable as therapy dogs. However, some Borzois can be aloof or shy, which can be corrected with proper socialisation. Whilst it can tolerate being with kids, it is not ideal to play ‘chase’ with them. They seem confident that they can run fast to win.

Want a Borzoi? Make sure to keep him on a leash or a fenced area during walks as their instinct to chase is so intense.

The Afghan hound’s long silky hair is what makes it a head turner, especially when tended with special care. Their looks are not hard to miss, with its elegant fur, lissom bodies, and long, refined noses. Despite their sophisticated appearance, this breed is full of energy that it loves to go for a run or a long stroll. However, just be warned that it is prone to get tangled with leaves, twigs, and others during its adventures. That said, they are a little high maintenance in the grooming department than the rest of the breeds mentioned.

Furthermore, an Afghan hound seems to warm up easily to every person or family. They are also known for their high tolerance for children. What they cannot tolerate is when they are left alone for a long time.

Want an Afghan hound? They may love being couch potatoes, but that is not all they are interested in. They also need constant runs or long strolls.

The next one on the list deserves a special applause for having a small sturdy body and short little legs. Do not underestimate; they may not have long legs like the rest of the breeds mentioned, but a Jack Russell terrier can easily speed up to 20–38 miles per hour. This little breed is highly praised for its small body that can easily chase down foxes into holes in the ground. Apart from that, it has remarkable courage and determination.

Jack Russell terriers are highly energetic creatures and are often stubborn too. However, with enough patience and understanding, you can supervise interaction between this pooch and small children. A proper introduction is crucial when building a relationship with this breed. On the other hand, they make the best buddies for older children.

Want a Jack Russell terrier? These speedy little pooches are masters of fun that require an active home with daily stimulation.

The proud canine with its powerful strides and muscular built belonging to the Working Group is none other than the Dobermann Pinscher. They were developed as police and military dogs for years as well as protectors and lovely companions. They were initially brought to the world by a tax collector as a personal bodyguard with power that can easily catch and retain thieves. They can speed up to 30 mph! That said, he can run alongside with you on your bicycle with ease. This is unsurprising as this breed is genetically related to the greyhound. They are fully capable to run on an impressive speed for long distances.

Dobermann Pinschers are known for their guarded nature yet, they make good family pets too. However, it is important to establish who the leader in the pack is as soon as you bring them into the family. They are very intelligent with a mind of their own, which makes them better suited to an experienced dog owner. Many Dobermanns remain in their puppy-like behaviours until their mid-adulthood, which makes them great playmates for children.

Whilst it is known that Border collies are one of the smartest dog breeds, they are one of the most active dog breeds too. They are a proud member of the Herding Group that face their task with great stamina, strength, work ethic, and intelligence. In fact, they are one of the top competitor breeds in dog sports. It can run up to 20 to 30 miles an hour! This trait is very much desired for herding dogs as they try to keep the flock in one direction. They naturally stand out in sheepdog trials.

With strong instincts to herd, they are likely to see children, especially those rambunctious ones, as someone to herd rather than playmates. As such, they are more suited to a family with older children. They effortlessly win people’s hearts with their intelligence and eagerness to please.

Search and rescue dogs are saving hundreds of lives each year. Do you plan to make your furry pal a part of this heroic brood? Find out if he has what … END_OF_DOCUMENT_TOKEN_TO_BE_REPLACED 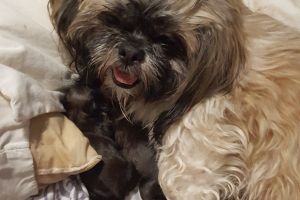 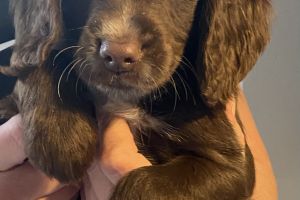 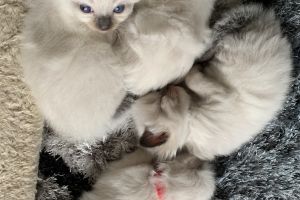 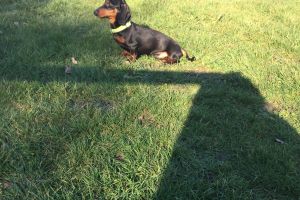